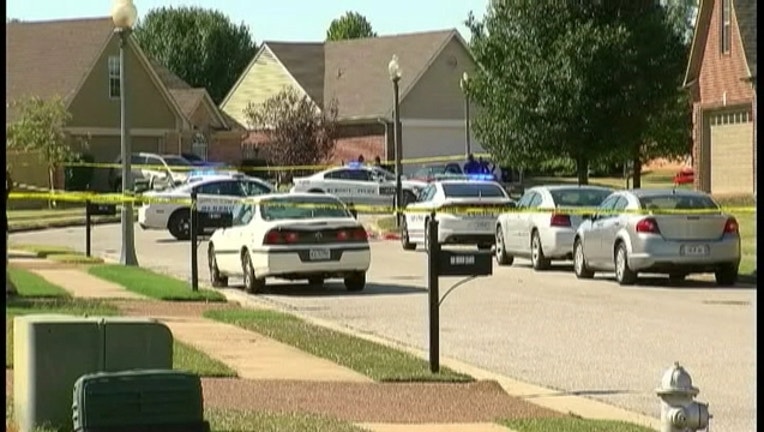 MEMPHIS, Tenn. (AP) — An off-duty Memphis police officer who died after being shot multiple times had been on the force for little more than a year and had a fiancee who is four months pregnant, authorities said.

Memphis Police Director Toney Armstrong said 31-year-old Terence Olridge was shot at a home in the suburb of Cordova on Sunday. Olridge died later at a hospital where he was taken, becoming the second Memphis police officer to be fatally shot in more than two months.

"It just doesn't get any easier," Armstrong told reporters on Sunday. "I didn't think that we'd be here again so soon."

He said a male suspect is in custody in connection with the shooting, but has not been charged. He noted that the investigation is in its early phases, adding that "details are sketchy."

Police on Sunday blocked the street in front of the house where the shooting happened. A plainclothes detective spoke with a neighbor and uniformed officers also were on the scene.

Olridge, who joined the department in September 2014, had a fiancee who is four months pregnant, Armstrong said.

Relatives of the officer could be seen crying outside the hospital where he was taken.

Olridge is one of four Memphis officers have been shot to death in slightly more than four years.

In August, Memphis police officer Sean Bolton was fatally shot in the line of duty. Police have charged 29-year-old Tremaine Wilbourn, who was on probation for an armed bank robbery, with first-degree murder in Bolton's death. Bolton was white, and Wilbourn is black.