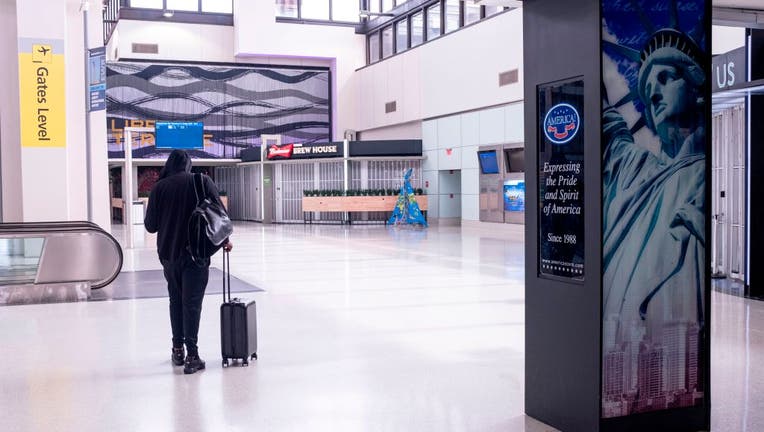 A lone passenger walks through Newark Liberty International Airport on April 21, 2020 in Newark, New Jersey. - Over 2.5 million people have been confirmed to have contracted the coronavirus worldwide, with 80 percent of cases in Europe and the United

NEW JERSEY - A mandatory quarantine of 14 days has been extended to travelers entering New York, New Jersey and Connecticut from another eight states, up from the original number when the advisory was first issued last week.

The states under the travel advisory have seen a significant spread of COVID-19 in recent weeks.

NYC Phase 3 could be delayed

The mayor and the governor are concerned about the rising numbers of COVID-19 cases around the country.

The restriction requires travelers and those residents who are returning from impacted states to self-quarantine at their home, or a hotel or other temporary lodging.

Individuals should leave the place of self-quarantine only to seek medical care/treatment or to obtain food and other essential items.

EU travel ban on US continues

"As an increasing number of states around the country fight significant community spread, New York is taking action to maintain the precarious safety of its phased, data-driven reopening," Governor Cuomo said. "We've set metrics for community spread just as we've set metrics for everything the state does to fight COVID-19, and eight more states have reached the level of spread required to qualify for New York's travel advisory, meaning we will now require individuals traveling to New York from those states to quarantine for 14 days."