The North Texas Food Bank once again helped&nbsp;thousands of people in need due to the pandemic at a mobile food pantry event at Fair Park.

DALLAS - The North Texas Food Bank once again helped thousands of people in need due to the pandemic at a mobile food pantry event at Fair Park.

About 1,700 households were served Tuesday. This giveaway was a little different than previous efforts at the same spot. It was open to people with vehicles and there was also a walk-up option for the first time.

That’s something that was really helpful for people who don’t have easy access to reliable transportation. One person in line said he took the DART train to Fair Park for the event.

"Real important for me right now. Like I said, I'm down on my luck now and this'll help me out a little bit," Toby Overstreet said. "I've had to do odds and ends jobs to help me get some of the stuff I need." 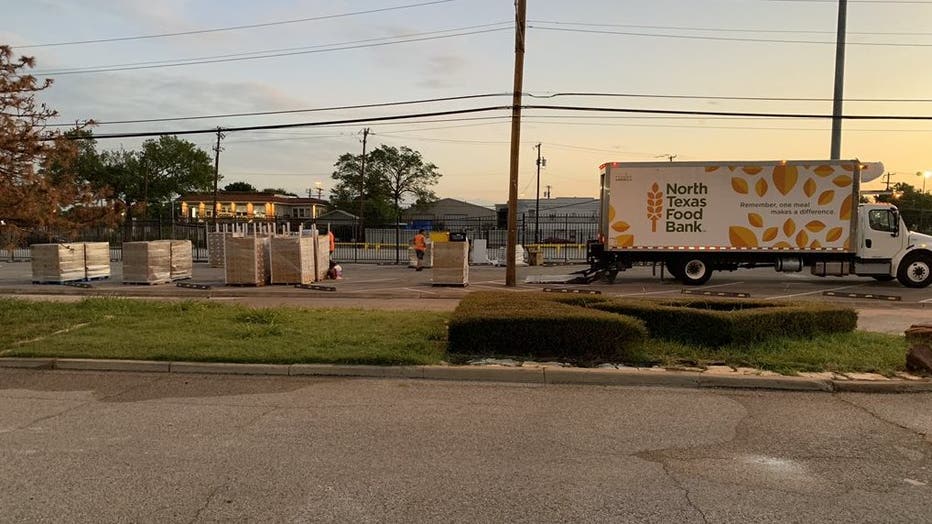 Those who were walking up could bring suitcases, wagons or carts to help transport the food.

Elbert Anderson also arrived by DART with his luggage dolly. He received food for the first time.

"No, I never thought, but you never know what goes on in life,” he said. “Surprises. Surprises all the time.”

Each recipient took home about 100 pounds of food, which is enough to supply a family of four for about a week.

The fourth Fair Park event since April served more than 1,700 households, which was slightly more than the June event but less than April and May. About 70 people were served in the walk up line, which was far less than expected. Organizers say it’s a matter of getting the word out. 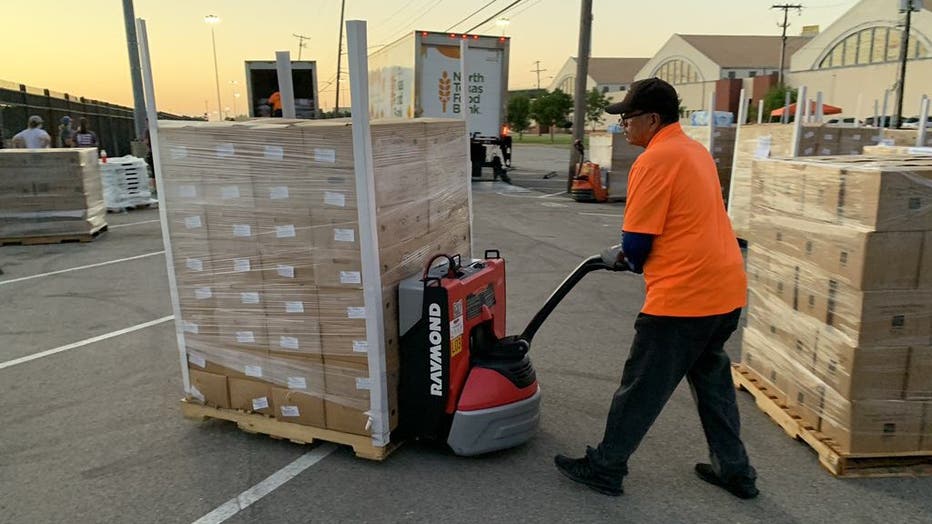 “The need has been going up and down during the pandemic. We saw when folks were receiving some extra benefits from the government and they also got the stimulus checks that our need did go down. And now we’re back up and here in August we’ve been seeing the need increase because of the lack of that unemployment insurance benefit,” said Valerie Hawthorne with the NTFB.

The NTFB partnered with several other community groups and businesses to make it happen. Organizers said the cancellation of this year’s state fair is adding to the economic hardship for many in the area. And unlike previous events, there wasn’t any help from Texas National Guard.

With their departure, we definitely had to pivot and we are actually thankful that we have different volunteers helping us,” said Anna Kurian with the NTFB.

There were volunteer groups like Miles for Freedom, which otherwise helps the formerly incarcerated. Its founder, Richard Miles, was exonerated after 15 years in prison on a wrongful conviction.

“At the end of the day, it makes me feel good that we are doing something that brings a smile to a person’s face, especially in this time frame when we are supposed to be helping each other,” Miles said.

“We thank you. We thank you very much,” Overstreet said. “And I hope you can do this very often.”

There isn’t another Fair Park event on the calendar as of yet, but there are other mobile pantry distributions that are scheduled.

The number of people needing help from food banks remains very high. A lot of folks are expected to show up for a mobile food pantry distribution at Fair Park Tuesday.