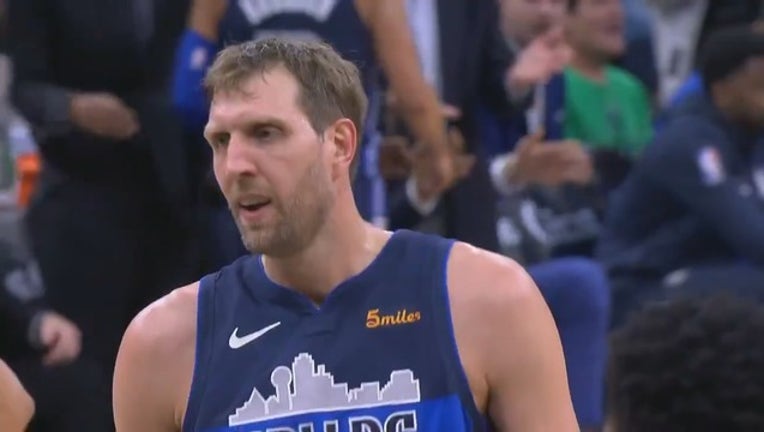 DALLAS - The proposal to rename a street in honor of Mavericks legend Dirk Nowitzki was approved by another committee on Thursday, meaning it will now head to the Dallas City Council for a vote.

The council will vote on whether to change the name of a stretch of Olive Street that runs in front of the American Airlines Center to "Nowitzki Way."

The name change must be approved by the entire Dallas City Council. No date has been set on when that vote will happen.

The proposal has been up for consideration since April, but the full council will make a final decision at one of the upcoming meetings.

Nowitzki spent his entire 21 season career with the Mavericks, before retiring from the NBA at the end of the 2018-19 season.