Dallas Police Chief Renee Hall held the first of many listening sessions of the&nbsp;year on Tuesday.

DALLAS - Dallas Police Chief Renee Hall held the first of many "listening sessions” of the year on Tuesday.

The chief is going from district to district over the next two months seeking out feedback for a five-year strategic plan for the police department. The plan is separate from the violent crime reduction plan for the New Year that was released last week.

At Tuesday’s meeting in District 6, covering Northwest Dallas, non-violent crimes were a big concern of business owners who attended.

“This is about you rolling up your sleeves, actually showing us, telling us, talking about, giving us ideas,” Hall said at the start of the meeting.

Police asked the group for input on six pillars of community policing -- including policy and oversight. Attendees wrote down concerns, which were addressed by the chief and District 6 Councilman Omar Narvaez.

“It was great that we could give some feedback about those six pillars, I would have loved to have seen them in advance. We could have really given them some thought to what our questions are, what our comments are and put some real life example to some of their comments and pillars that they are trying to build,” said Eric Lindberg, Northwest Dallas Business Association.

Top concerns: drug use, prostitution, and break-ins. Attendees said they are crimes that drive down the bottom line and drive away business.

Once those crimes are reported, some business owners say there is slow to no police response.

“We always focus on the residents that live inside the city of Dallas, which is important. We need to make sure that the people who live here feel safe. But we also need to make sure our businesses, as well, feel safe. This is the economic driver for the entire city,” Navarez said. 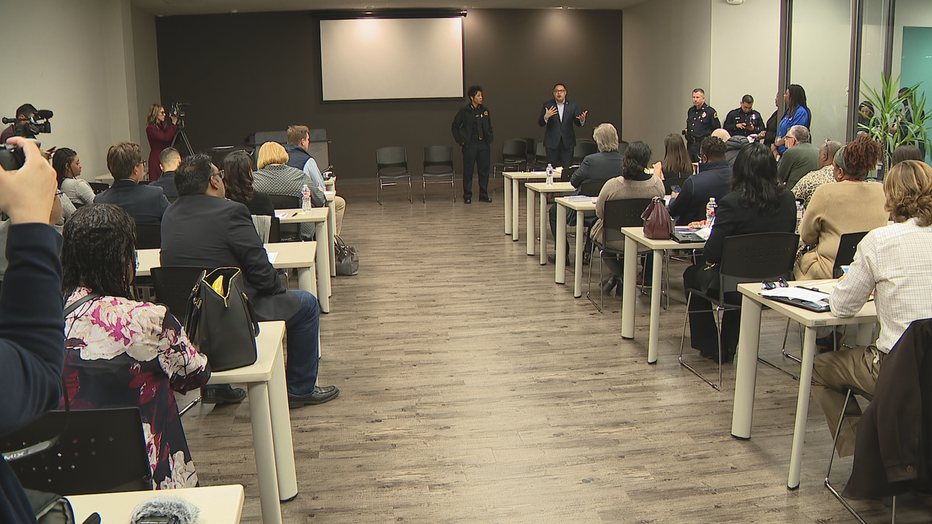 Tamara Price works at a hotel near Market Center. She said crime spikes when trade shows come through.

“We have tailgates stolen, we have burglaries and we are just really wanting to ensure our patrons come back year after year to the Dallas Market Center because we are seeing a decline,” Price said.

At the very least, she says she feels like she was heard.

Now it is up to police to use the information.

“The proof will be in the pudding, will things change? We’ll see,” Lindberg said.

There will be nine more listening sessions over the next two months.