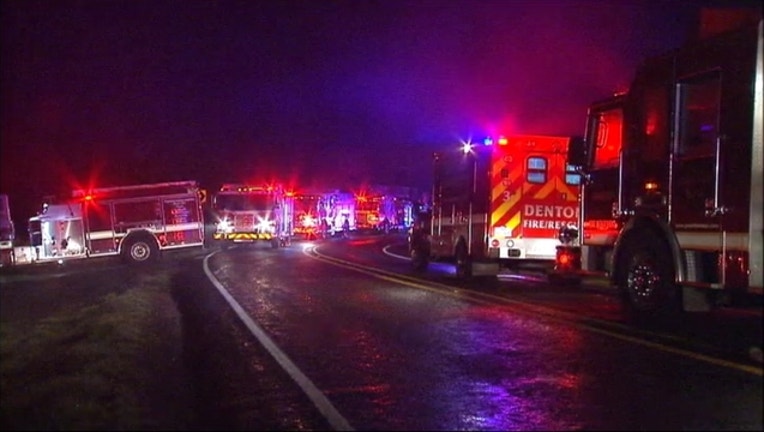 A police officer was injured on the scene of a two-alarm house fire in Denton County Monday night.

The house fire was in a rural area off of FM 407 in Northlake.

Firefighters from Argyle and Justin fought the flames. Getting water to the home was an issue since it was in a very remote area.

A Northlake police officer was sent to the hospital with unknown injures, but were unrelated to the fire, according to Argyle Fire Chief Mac Hohenberger.

The house is expected to be a total loss.