Some amazing young people are showing grown-ups a thing or two about being a self-starter. They are running their own businesses and consumer reporter Steve Noviello wants you to meet them. The first is 14-year-old Cole Johnson, who is cashing in by doing a job many of his adult neighbors hate.

DALLAS - Some amazing young people are showing grown-ups a thing or two about being a self-starter. They are running their own businesses – including one 14-year-old who is cashing in by doing something most of his adult neighbors hate.

He’s a rising freshman at Highland Park High School who loves math and hopes to play football. He also loves being his own boss.

"My dad came up with the idea and I followed up with it," he said. 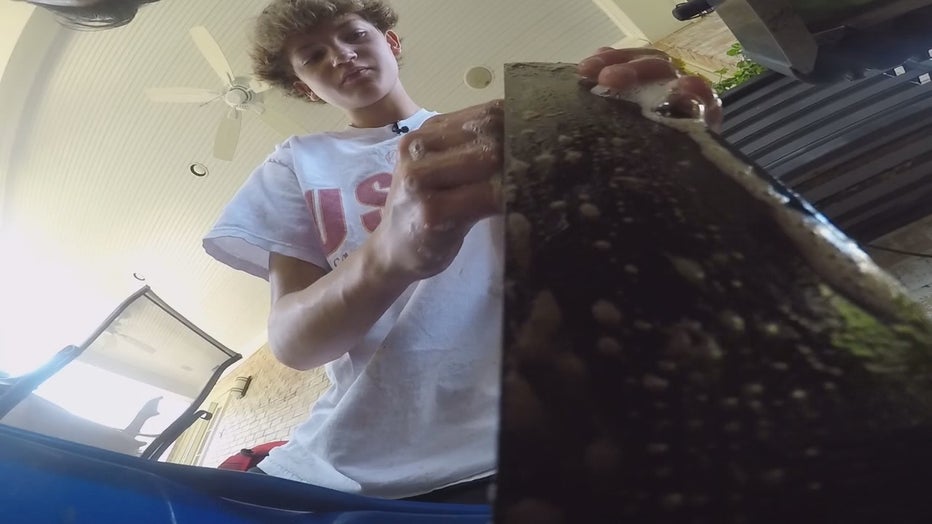 While other kids are sleeping away their summer, Cole starts his morning commute by foot or by bike. He likes to work early to avoid the heat of the day.

And for $75 he’ll wash, scrub and spray all the grime off a grill. He also cleans out all the ashes.

To maximize his earnings which he plans to invest, Cole keeps his costs down.

"It’s about $5 in supplies," he said. "Every now and again I’ll have my friend help me and it will go a lot faster."

And while he accepts cash or Venmo, his tip for getting a big tip is cash.

"Because I mean, they usually give me a bigger tip in cash," he said.

He’s a smart kid with a smart father too. Cole said his dad let him practice for his business by cleaning his grill.

To support a local kid-run business this summer, visit facebook.com/savemesteve. Consumer reporter Steve Noviello has a pinned post with more than 100 young entrepreneurs in North Texas and you are free to add your own.