North Texas leaders will likely get a letter from the state on Thursday informing them of some rollbacks of Governor Greg Abbott's phased reopenings.

DALLAS - North Texas leaders will likely get a letter from the state on Thursday informing them of some rollbacks of Governor Greg Abbott's phased reopenings.

On Wednesday, there were 15.77% of patients in the North Texas hospital region are COVID-19 patients. It was the sixth day in a row that was above the governor's 15% threshold.

According to the order, after seven days in a row, elective surgeries will be suspended. Restaurants, retail stores and gyms must reduce capacity to 50% and bars must close. 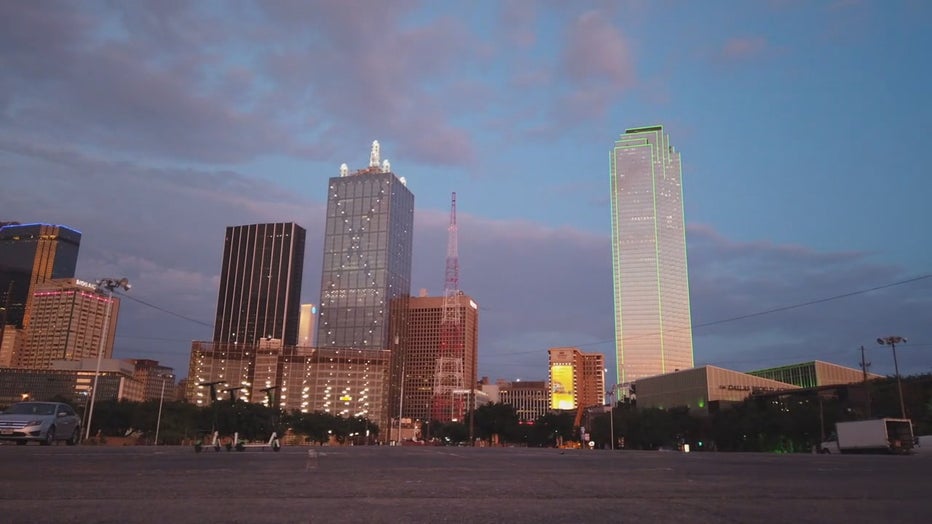 Health officials say all signs point to the governor’s seven-day requirement being reached on Thursday, forcing some businesses to once again change the way they operate during the pandemic.

The continued coronavirus surge in North Texas hospitals is already having an effect on businesses.

The recent COVID spread has membership down 30% at Preston Gym in North Dallas.

Things will continue to change if the region hits a seventh day in a row above Gov. Abbott’s 15% threshold. That would happen Thursday.

Abbott’s order would cause gyms, restaurants, retail and other venues to go back to 50% capacity. The order would close bars.

Gym owner Dennis Gadbois says he does not agree with the rollbacks. He believes people should make personal decisions when it comes to health risks.

“The decision making needs to be left to individuals,” Gadbois said. “People need to make a living and there are people that are not at risk but they are hurting other ways.”

Dallas Code Enforcement and Dallas Fire-Rescue are preparing for the rollbacks, saying they will increase patrols starting Friday.

“We sense there is a high level of sensitivity,” said Carl Simpson with Dallas Code Compliance. “As a result of the numbers, we are going to increase our activity.”

Complaints about businesses not complying with the current 75% capacity requirement have been steady according to the city. Officials say it is difficult to enforce so they only shut down businesses that are overwhelmingly violating the order.

“The action we've taken is when these locations are over their normal occupant load, which would be the same prior to the pandemic,” said Dallas Fire-Rescue Lt. Gilbert Padilla.

The TABC says 2,800 of the roughly 8,000 bars statewide have been allowed to reclassify as restaurants to stay open during the pandemic.

It was just October when Gov. Abbott gave county leaders the power to determine if bars could reopen. Dallas County was the only one in the area to tell bars no.

Dallas city officials say the majority of businesses are complying with the orders. Those in violation are only exceeding capacity by less than ten additional people.

It’s important to note that once we hit 15% for a seventh day on Thursday, it will have to take seven days below 15% to end the rollbacks.