A North Texas pastor has continued in ministry for the last eight years because of a heart transplant he received after suffering a debilitating heart attack.

CISCO, Texas - A North Texas pastor has continued in ministry for the last eight years because of a heart transplant he received after suffering a debilitating heart attack.

Pastor Marvin Baucom, at Corinth Baptist Church in Cisco, does not look like what he's been through. Because of one decision by strangers, he is now forever connected.

One transplant that has transformed an untold number of lives.

Eight years ago, Baucom had a life threatening heart attack.

"It was very clear eight years ago that he needed a heart replacement therapy," Dr. Cesar Guerrero-Miranda recalled. "At that time, he was failing, failing medical therapy."

Hunter Wickliffe lost his life at that same time, giving life as a donor.

"He was involved in a car wreck and he was not wearing a seat belt, so he was ejected, had a severe head injury, and ended up becoming a donor," Hunter’s mother, Jennifer Wickliffe, said.

She said his organs helping keep others alive helped with the grieving process.

"To know that Hunter lives on in actually four other people makes me feel like his death was just not in vain, that he actually is still helping others and a part of him is still living as well," Wickliffe added.

Pastor Baucom was saved by the transplant at Baylor Scott & White.

Wickliffe heard her son's living, beating heart when she and Baucom first met after surgery.

The heart-to-heart bond changed not only the pastor’s future, but Hunter’s mom. She was a pediatric ICU nurse who went back to school to become a transplant procurement coordinator.

She’s able to understand, like few can, how a parent feels at that moment.

"It's very rewarding because I feel like I can help the families when they are on their worst possible day of losing their loved one," she said.

Dr. Guerrero-Miranda said Baucom has built on the good results after surgery.

"It’s been amazing, to be honest," he said. "And now, the result is a beautiful normal working heart."

The transformation was not just physical. Hunter’s sister asked Pastor Baucom to baptize her.

It’s one baptism Pastor Baucom will always hold close to his heart.

"Well, you know how that gets over a preacher, anyway, but then you add on to it that it’s my heart sister, you might say, ‘Oh, it was an incredible thing,’" he said. 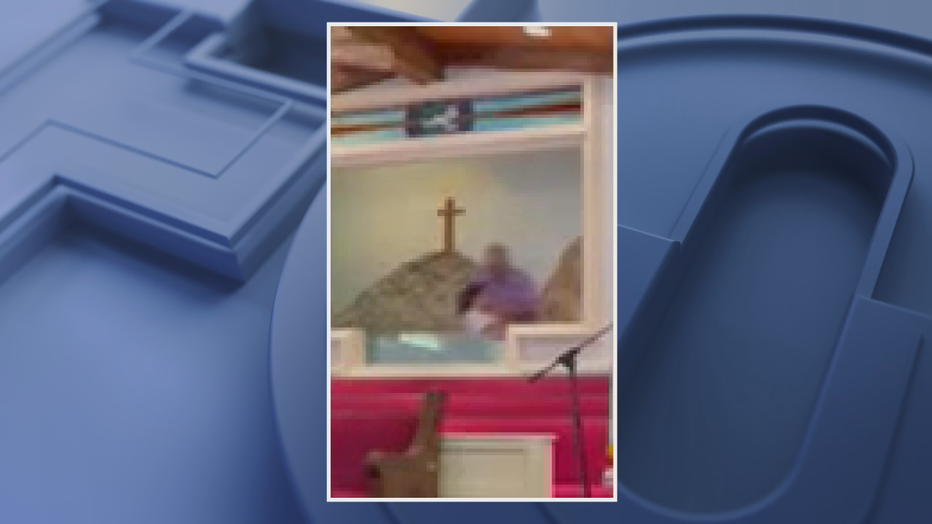 The pastor and the family are forever bonded heart-to-heart.

"It was an incredible thing for the glory of God," Pastor Baucom said. "What that donor heart has done for me and is continuing to do for others."

Both Baucom and Wickliffe said all of their family members are organ donors.