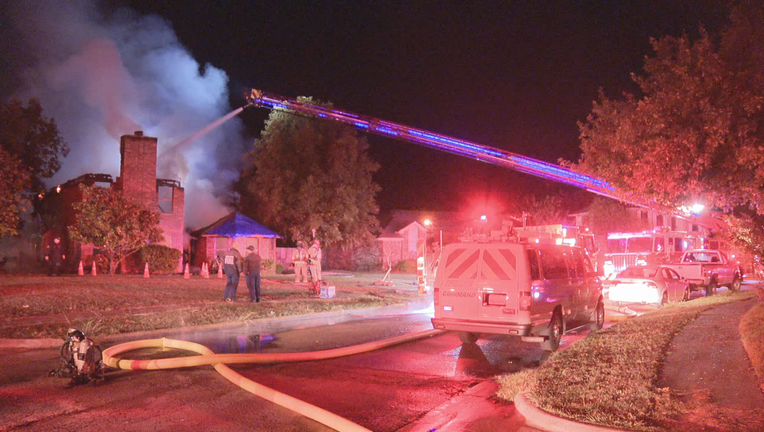 LANCASTER, Texas - A house that was under repair following last month's severe weather was damaged by a fire Saturday morning.

Just after 4 a.m., firefighters were called out to a fire on Harvest Hill Lane in Lancaster, south of Dallas.

Crews had trouble finding water in one hydrant, so they had to run several lines.

Lancaster firefighters were assisted by crews from Red Oak and Desoto.

No one was in the home at the time of the fire, and authorities say no injuries were reported.

Investigators are still trying to figure out what caused the fire.