Gas prices in North Texas hit $4.40 a gallon on Thursday following a surge of fresh, daily records for nearly 10 days straight. Predictions are gas per gallon prices in Texas and the rest of the nation could look a lot like California at $6 and up per gallon.

They hit $4.40 a gallon on Thursday following a surge of fresh, daily records for nearly 10 days straight.

Oil and gas experts caution prices could go higher as the summer goes on.

Predictions are gas per gallon prices in Texas and the rest of the nation could look a lot like California at $6 and up per gallon.

Some of the higher prices are because of Russia’s war on Ukraine. But some of it is also because of what's happening — or not happening — right here at home.

"We could have $6 a gallon gasoline prices before this summer's over, I’m afraid," warned independent oil industry analyst David Blackmon. Particularly, if Europe implements a boycott of Russian oil imports. That’s going to take another couple of million barrels off the market, and the market is already undersupplied." 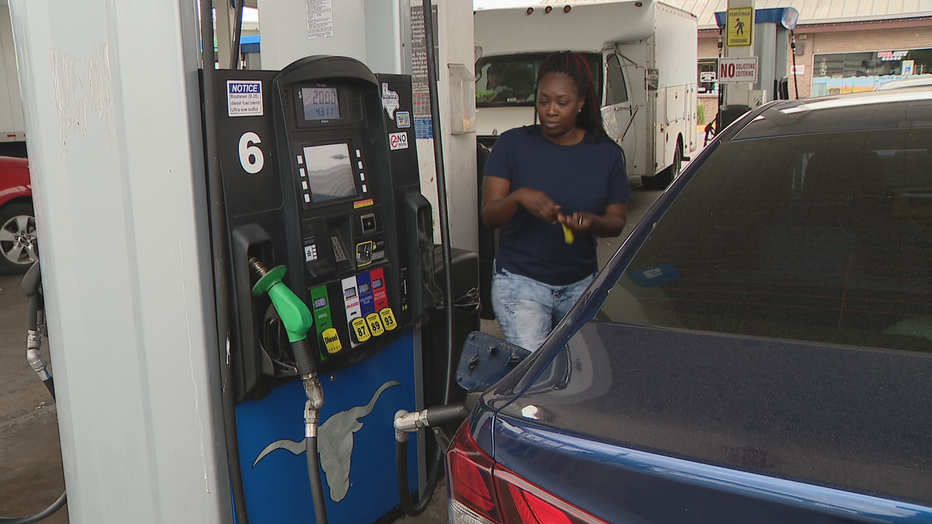 This weekend signals the start of summer vacation and more vehicles on the road. When the demand is high and supply is low, what’s available will cost more. And a lot of oil we produce is not being refined at home, adding to higher prices.

"We have a mismatch of refining capacity here in the United States," Blackmon said. "We don't have enough capacity that is tooled that is set up to process the light sweet grade of crude oil that American shale plates, like the Permian Basin in West Texas is a good example."

Some experts think unless and until we greatly increase what we are producing and refining here in the U.S., we could be in a cycle of higher fuel and energy prices for a long time.

LATEST: Average US gas price has jumped 33 cents in past 2 weeks