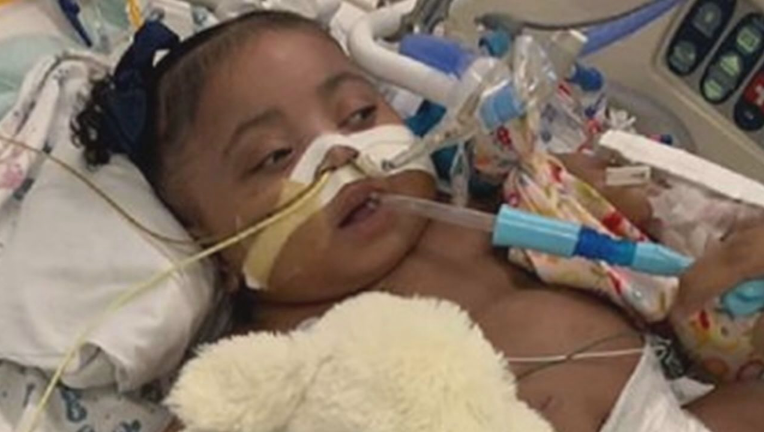 FORT WORTH, Texas - Just a day after a judge denied the extension of a restraining order keeping a North Texas baby on life support at Cook Children’s Medical Center, an appeals court granted baby Tinslee Lewis emergency relief to keep her on life support until the legal issue is resolved.

Tinslee has been in the hospital’s intensive care unit since she was born in February. The 11-month-old girl has a rare, incurable heart defect and relies on a ventilator and a feeding tube.

Doctors believe her condition is irreversible and that she is suffering. Cook Children’s officials said they have already reached out to more than a dozen other medical facilities around the country and they all agreed with their assessment.

But Tinslee’s family believes she still has a fighting chance.

Back in November, a court's order stopped plans to end life support for Lewis.

A month later, a judge extended the temporary restraining order through the start of January 2020 that kept Lewis on life support.

On Thursday, Chief Judge Sandee Marion, from San Antonio, announced her decision to deny the family’s request for a temporary injunction.

A day after Thursday's ruling, Gov. Abbott and AG Paxton filed the amicus curiae letter in support of the Lewis family.

Their letter asks the court to "grant an emergency stay of the trial court’s order denying the family’s request for a temporary injunction until the appeal is finally resolved."

A short time later, Paxton tweeted that the Fort Worth Court of Appeals granted baby Tinslee emergency relief. He also asked for continued prayers for Tinslee and her family.