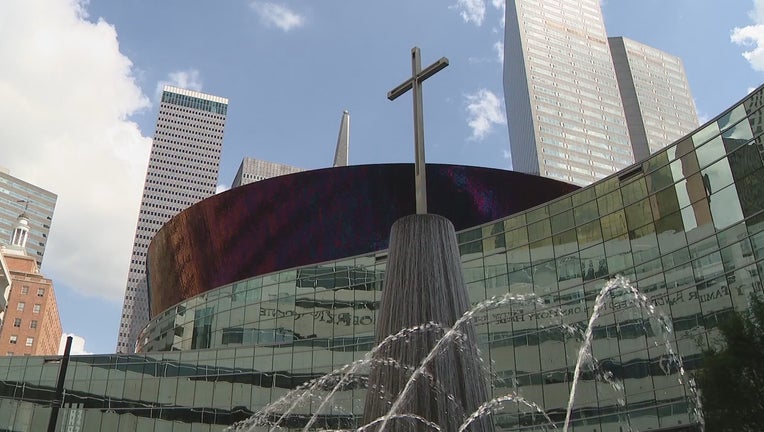 DALLAS - President Donald Trump has indicated he wants all places of worship to reopen and is calling them essential.

In light of that news, several local churches say they plan to move slowly.

President Trump declared places of worship as essential on Friday. Now, that was already the case in Texas, but plenty of churches have remained closed or limited to online.

READ MORE: Trump deems houses of worship 'essential,' calls on governors to allow them to reopen

Father Joshua Whitfield is rehearsing for a wedding at St. Rita Catholic Church in Dallas. His parish was the first in the Dallas diocese to be closed due to the pandemic. They’re now open for weddings, funerals and confessions.

“It’s been a rollercoaster,” he said.

But beginning Tuesday, the diocese will open churches for daily mass. It’s part two of its reopening plan.

First Baptist Church Dallas Pastor Dr. Robert Jeffress, a spiritual advisor to President Trump, says he spoke with him shortly after the announcement.

“In fact, he asked me what we’re doing here in Dallas. And I told him our church is being very cautious. We saw a little uptick in some of the COVID cases, so we’re waiting until June 7 to open,” Jeffress recalled.  He said that’s fantastic. That’s what churches ought to be doing.”

Pastor Frederick Haynes of Friendship West Baptist Church, who was once a spiritual advisor to President Barack Obama, says they have no plans to open anytime soon.

“We discovered we don’t have to gather in mass in order to be essential,” he said. “We’re prepared for the long haul.”

“We believe that we are called to not only feed the sheep, but protect the sheep,” he said.

The three different churches are all doing what they feel is best for physical and spiritual wellbeing.

The president has also requested places of worship to follow CDC guidelines.