A North Texas cancer survivor is expected to be among the thousands of runners in this year's Boston Marathon.

DALLAS - A North Texas cancer survivor is expected to be among the thousands of runners in this year's Boston Marathon.

Ellis Emerson has run 55 marathons so far, but said Boston has always been on her bucket list.

She was training to qualify for it in 2017, when her dream was almost derailed by her diagnosis.

Emerson said there were times during her cancer treatment that she didn't think she'd ever get to accomplish her goal.

But after completing treatment last November, she was back training the very next month and has her sights set on Boston.

“I'm starting to feel more like myself than I did all of last year,” Emerson said.

In October 2017, Emerson was in the midst of training to qualify for the coveted Boston Marathon, when she was hit with a cancer diagnosis - stage 3 melanoma that had already spread to her lymph nodes. 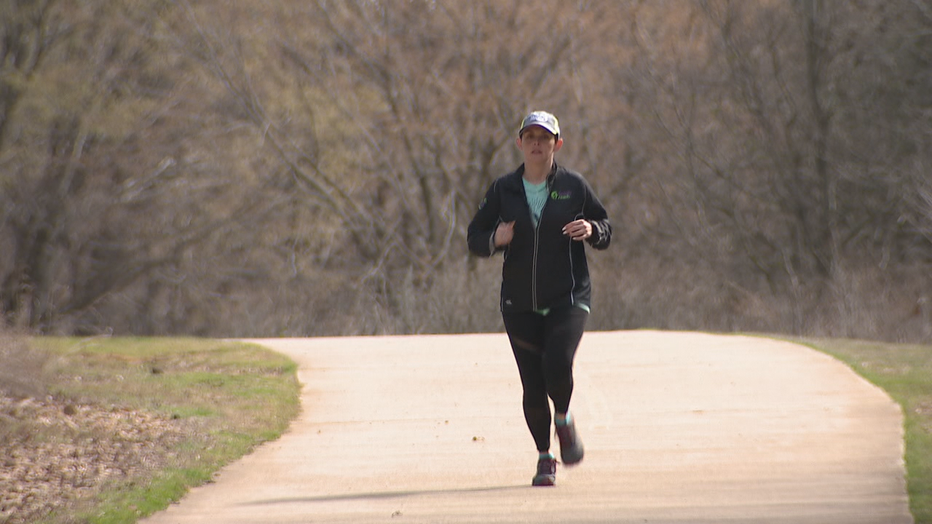 “It's terrifying to think, ‘Oh, there's like a 48 percent chance of survival.’ The initial world kind of felt like it stopped for a minute,” she recalled.

Over the last two and a half years, Emerson went through infusions and oral chemotherapy.

There were also health complications from some of the treatments that put her in the hospital and slowed down her running.

“It was frustrating, I felt like I lost a sense of who I was,” Emerson said.

Despite that, she continued to run half-marathons, and even ran the grueling Badwater 135-mile Ultramarathon while in treatment.

But the cancer persisted, making her dream of running the Boston Marathon seem further and further away.

“The ability to time-qualify felt really out of reach. I'd gotten to the point where I was almost there with my half-marathon time was within the realm of time qualifying, so I just felt like all that, like the rug was pulled out from underneath me,” she recalled.

In November 2019, Emerson finally got the news she had been waiting for, and finished her final round of chemotherapy.

“You couldn't let your guard down really until when I ended treatment. That's when I finally felt like I could breathe,” she said.

Within a month, she was back training.

She’s now planning to run in Boston by raising $10,000 Family Reach, an organization that supports other families facing financial difficulties during cancer treatment.

“I'm sure I'll cry and I'm not a crier, but it's just a culmination of these big parts of my life. The runner part, the cancer part, the survivor part - all of that will be in that finish line moment,” Emerson added.

And Boston is not the only marathon Emerson plans to run this year.

She's also scheduled to run the Cowtown Marathon in Fort Worth in less than two weeks.

Her goal is to run a marathon in all 50 states.