North Texans are hoping their loved ones back in Ukraine stay safe as Russian troops close in on Ukraine’s capital.

DALLAS - North Texans are hoping their loved ones back in Ukraine stay safe as Russian troops close in on Ukraine’s capital.

Valerie Chaykovska, of Dallas, said she’s been on the phone all day Saturday trying to think of options to get her dad, stepmom, and 3-year-old sister out of Ukraine, but has had no luck so far.

Chaykovska said her father decided to stay in Odessa, and now it could be too late to go elsewhere.

Her 82-year-old grandmother is in a bomb shelter in Mariupol, where there are several reports of residential neighborhoods damaged by shelling. 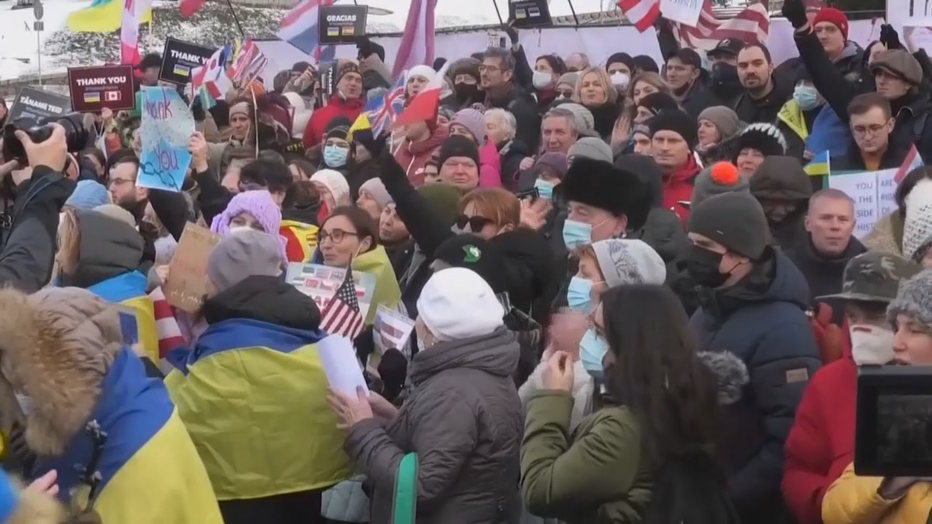 Chaykovska said her family doesn’t have a car, so with the bumper-to-bumper traffic, border restrictions, and early curfews, her family is trapped.

"It seems like every time we get so close to finding a solution in getting them out of there, something else gets in the way," she said. "Jumping through so many hoops and obstacles. Tomorrow is a new day and we will try again."

She doesn’t want her stepmom and younger sister to split up from her dad, but right now, that’s their priority.

Chaykovska also said that while no one is getting out, she does know several Ukrainians living here in Texas who are in the process of booking their flights to Poland and then crossing into Ukraine to enlist in the Ukrainian army to help fight.