A local ministry in Arlington gathered Saturday to pray for the people of Ukraine as the region awaits a possible Russian invasion.

ARLINGTON, Texas - A local ministry in Arlington gathered Saturday to pray for the people of Ukraine as the region awaits a possible Russian invasion.

Some in attendance have close ties to an orphanage near the Ukrainian capital of Kyiv.

It’s a time of prayer for Ukraine.

Some of the few dozen people inside North Davis Church of Christ in Arlington on Saturday call Ukraine a second home.

"Yeah, so we spent 20 years working in Ukraine with orphans and at-risk families," Andrew Kelly said.

Andrew and Jenny Kelly returned to Texas six months ago.

"There’s people that were in our wedding that were still there and, you know, they’re trying to decide what to do," Jenny said.

They were unaware a new wave of conflict could be coming to Ukraine.

"And we’re trying to figure out when do we evacuate our kids and move them west and how to do that with the government’s permission," Andrew recalled.

These missionaries still run an orphanage in a town just northwest of the capital of Kyiv.

U.S. officials believe Kyiv will be one of Russia’s targets. 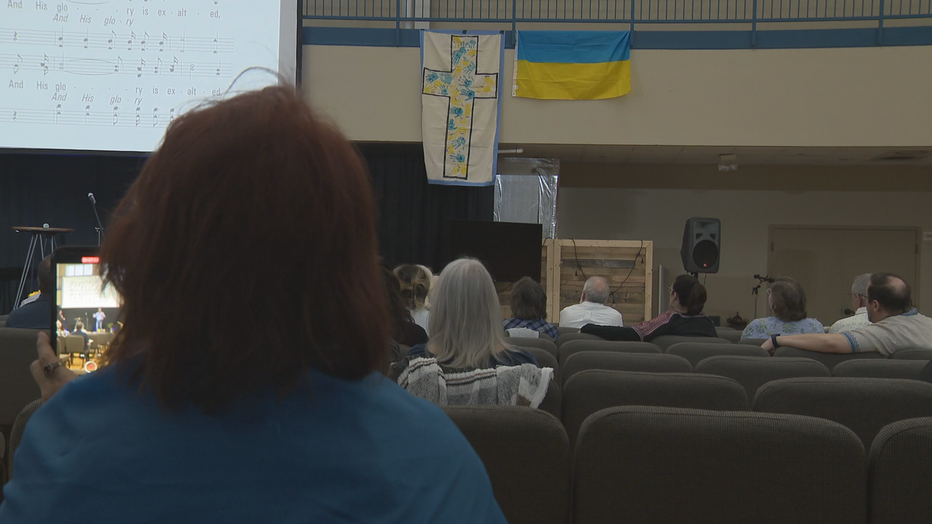 RELATED: What's happening between Russia and Ukraine? Things to know as tension grinds on

Roxanne Lowe, with Jeremiah’s Hope Ministry Complex, travels to teach the bible to children in the orphanage.

"They will be in the path of the invasion," she said.

She had a message for them.

"I care about you and I love you and I want you to be safe," she said.

There’s a banner on the wall marked with real foot and handprints of Ukrainian children, children who fled when Russia invaded Crimea and took it from Ukraine in 2014.

"And now, today, they face the possibility of having to flee again," Andrew explained.