Help from Texas is headed to India as the country battles a second surge of COVID-19 cases.

Help from Texas is headed to India as the country battles a second surge of COVID-19 cases.

Local reports said the country recorded more than 379,000 new cases, bringing the total number of confirmed cases to over 18 million in India.

Local organizations with ties to India are stepping up to help and have raised hundreds of thousands of dollars to send supplies to India hoping to help turn the tide of the virus outbreak there.

North Texans with ties to India are doing everything they can to help the country in its fight against COVID-19.

"It’s really bad. I just talked to the health minister from the state where I come from. He says whatever you can send me, the ventilators, oxygen concentrators, any vaccine – situation is really bad," Mago said.

Organizations, like the IANT and the US-India Chamber of Commerce, have raised more than $300,000 to send much-needed supplies to India through United Airlines and other partners. 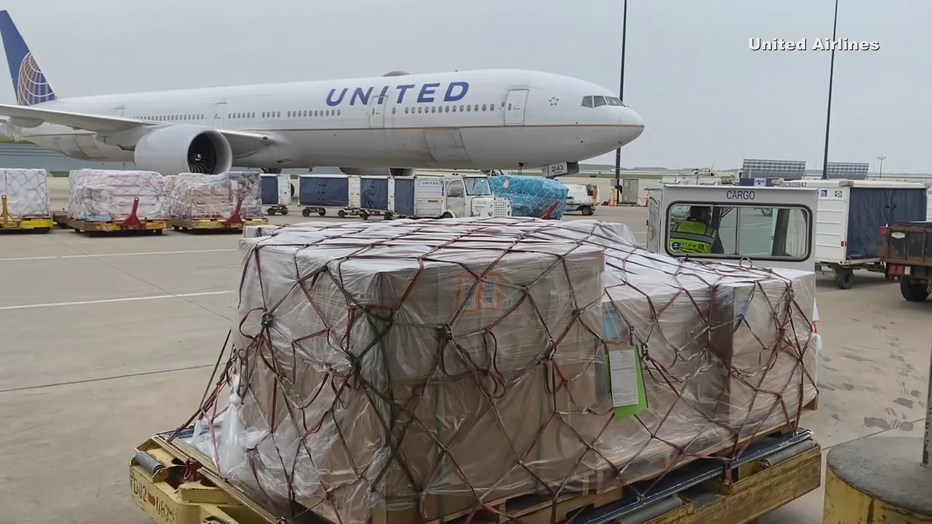 Reports indicate the death toll is about 200,000 so far, with close to 400,000 new cases a day, but organizers say, in reality, that number is likely much higher.

"I would multiply that by three or four times because in the rural area and other places where you don’t get notifications," Mago said.

On a larger scale, Houston-based Sewa International USA is raising funds nationwide to help, and has raised more than $7 million so far more.

The money will also go toward much-needed supplies for 22 cities across India, including the capital, New Delhi.

"We already shipped close to 2,600 oxygen concentrators. We are also in the process of buying ventilators, so we’ll ship those ventilators to India also," said Gitesh Desai, with Sewa International USA.

Urging anyone who can help to do so.

"This virus anywhere has a potential to be everywhere, so it has to be defeated," Desai added.

Those interested in donating to the cause can visit http://iant.org/ or  https://www.sewausa.org/Covid-19-Support-Bharath-Fundraiser