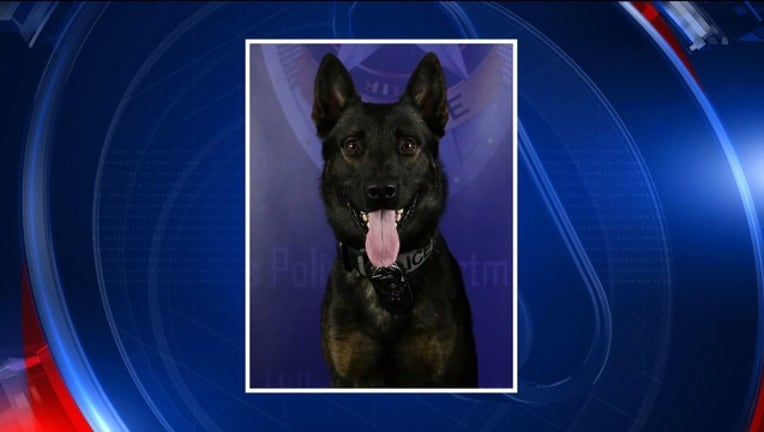 NORTH RICHLAND HILLS, Texas - A police K-9 that was shot back in January while trying to help take a suspect into custody has returned to duty.

North Richland Hills PD K-9 Koba recently got back on the job after recovering from a gunshot wound, and his handler said he "picked up just where he left off.”

Koba has recovered from multiple surgeries after being shot while he and other officers were working to take an armed suspect into custody.

The police department thanked the community for showing Koba so much love and support during his recovery.