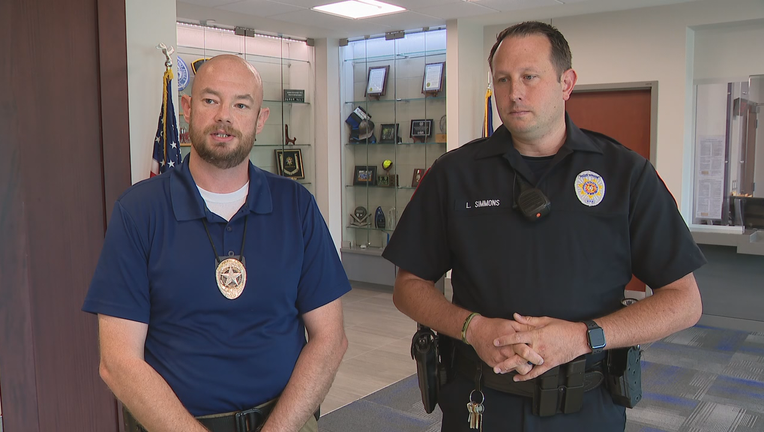 BEDFORD, Texas - A pair of North Texas police officers helped save a woman who was trapped in a smoking car.

Investigators in the Fort Worth suburb of Bedford say the woman crashed after she had a medical emergency last Sunday.

Both officers say they jumped into action without hesitation.

"When I walked up to the car I could see smoke coming out of the trunk, it's coming through the back seat and from trunk, so you can see pretty quickly it's pretty severe," Simmons said.

The car burst into flames shortly after the woman was pulled to safety.

Investigators say she was taken to the hospital and is expected to survive. 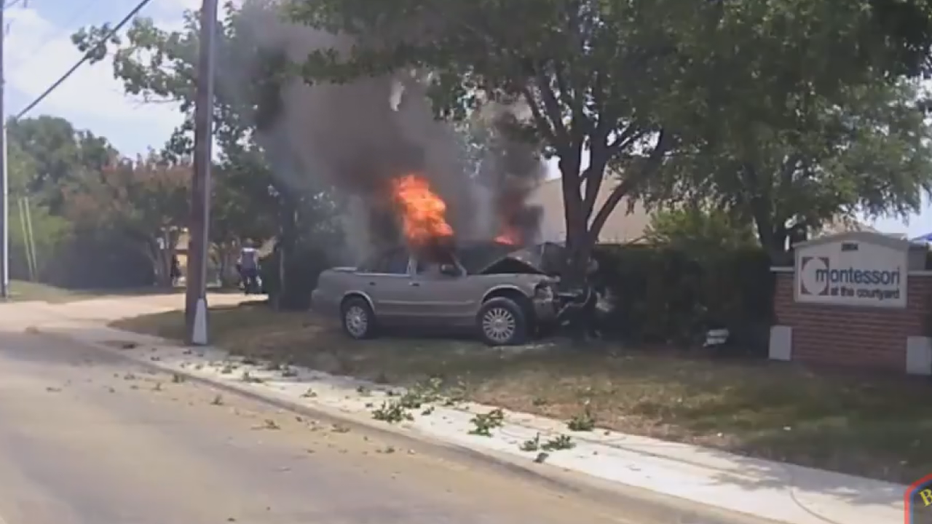