DALLAS - A North Dallas rabbi was comfortably praying with others via Zoom this week, when the call was hijacked by hackers spewing anti-Semitic language and symbols.

The incident was quickly reported to the FBI.

The FBI said there's been a dramatic increase in "teleconferencing hijacking" otherwise known as Zoom bombing since the pandemic started.

Rabbi Ariel Rackovsky said there was over 100 people on the call, and were some children.

Still, he said they won't be intimidated by hate-filled speech.

“I think it was about 10:45 a.m. or so that we got Zoom bombed,” Rabbi Rockovsky recalled.

The rabbi of Congregation Shaare Tefilla, located in North Dallas, was one many Jewish leaders taking part in a communal prayer and Torah study on Zoom Thursday, when invited participants were startled by a hate-filled interruption.

“Someone did the Hitler hand sign…Saying kill the Jews, other swear words,” Rockovsky said. “They typed those things, plus the swastika symbol, many times. We could not see their faces, we could see their pseudonyms and hear them as well.”

Another rabbi recorded the Zoom session. He declined to share video of the actual encounter, citing an investigation, but did provide FOX4 with video of a Zoom session organized by the Jewish leaders immediately after.

“Just to address for a moment what took place,” one person said during the call after the incident. “The FBI was contacted so people should know we're taking the necessary measures with law enforcement.”

Another participant shared a screen shot of some of the hate-filled speech that appeared in the initial Zoom chat. 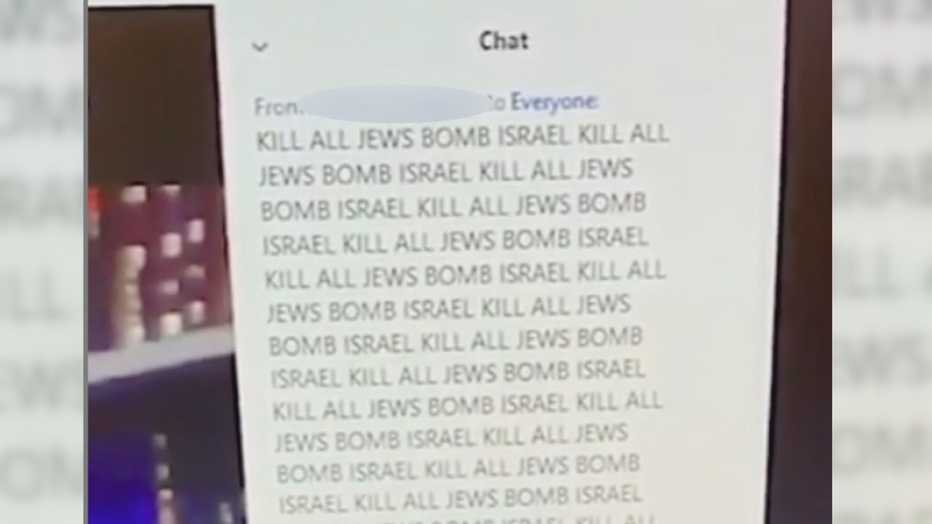 “We've definitely heard a lot about it,” Quentin Rhoads-Herrera said.

Rhoads-Herrera is a cyber-security expert not involved in this case, and he said locating the perpetrators can be difficult.

“They create these fake accounts, do Zoom bombing, and then burn these IP. The emails addresses they used, they don't use it again and they move on,” he explained.

The rabbi did, but said it was shared with the public to encourage participation.

“Waiting room feature a lot of them have is definitely a good way to try and identify known good individuals joining then those trying to cause problems,” he said.

“We will not be intimidated. We will not be cowed by anti-Semites. we will not back down,” Rabbi Rockovsky said. “Our mission is not going to be derailed by people who tragically hold hatred.”

The rabbi said they are now utilizing a virtual waiting room to help screen participants.

The FBI encourages anyone who falls victim to so-called Zoom bombing to report it to the local FBI office.

They can also file a complaint on the FBI's website.