SILVER SPRING, Md. - The National Oceanic and Atmospheric Administration (NOAA) is projecting that 2020 will be the warmest year on record, beating out a record previously set in 2016.

NOAA reported last week that the first quarter of 2020 is off to a near-record warm start, with Earth experiencing the second-warmest January through March period since records began in 1880.

There is a 75% chance that 2020 will become the hottest year on record and a 99.9% chance that it will end up being one of the top five warmest years on record, according to NOAA’s March global climate report. 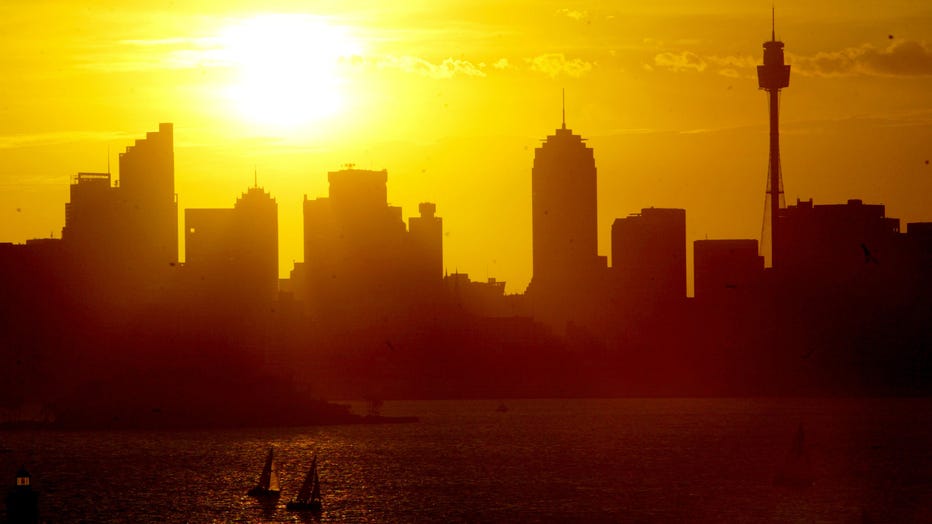 A file image taken on Nov. 29, 2004 shows the sun setting on Sydney during a heat wave. (Photo by Fairfax Media via Getty Images)

In 2016, there was an unusually intense El Niño event in the tropical Pacific Ocean — a cyclical climate phenomenon which results in warmer water in the Pacific and can influence weather patterns around the globe, according to NOAA.

There is no El Niño event declared this year, making the findings somewhat unexpected, according to the Washington Post.

“A lot of that has to do with the fact that the year 2016 became the warmest year on record largely because it was very, very warm in the first half of the year, and it was actually not nearly as impressively warm in the second half of the year,” Derek Arndt, the head of climate monitoring at NOAA’s National Centers for Environmental Information, told the Washington Post.

“So the way this might play out is, by staying close to 2016 early on, it does look like a better than half probability that we will finish the year warmest on record,” he added.

Amid the ongoing coronavirus pandemic, people around the world have stayed home to stop the spread of COVID-19 — leading to positive environmental impacts. NOAA’s report didn’t note how these recent changes could impact the climate, but scientists say the air has temporarily cleaned up as a result.