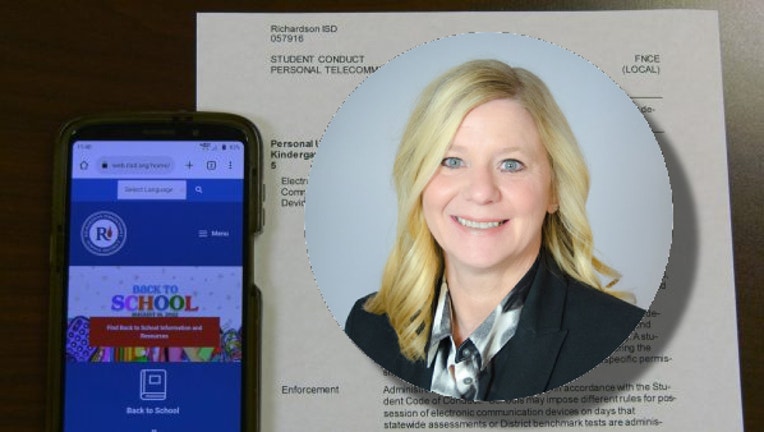 Branum has served as the interim superintendent since Dr. Jeannie Stone resigned in December 2021.

She has worked for Richardson ISD for the last 8 years.

Branum is looking to shake things up for students within the district.

In a video posted on Saturday, she put forward a proposal that would update the cell phone policy for middle and high school students.

Branum wants the district to purchase special pouches for students to keep their phones locked up during the school day.

"In RISD, our teachers, principals, and other employees who work directly with our older students have seen the ongoing distraction and lack of engagement among many students during instructional time due to phones," Branum said. "We’ve also experienced a wide variety of disciplinary issues that are the product of student smartphone use during the school day, including student altercations, cyberbullying, prohibited activity, photos and videos in violation of other student’s privacy rights, and social media posts or texts that result in safety concerns on campuses."

According to the plan, students would put their phone into the pouch and turn it off at the beginning of the school day.

Students can only unlock the pouch at an unlocking station at the end of school.

The Richardson ISD school board is expected to discuss the policy during a board meeting Thursday.

Richardson ISD students will return to the classroom on Tuesday, August 16.