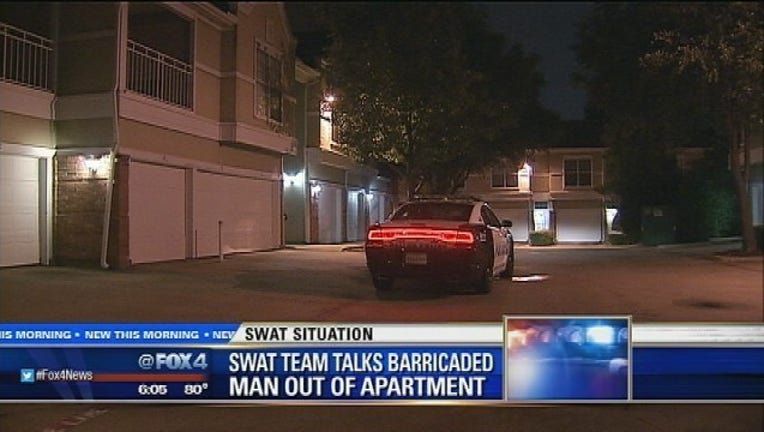 A SWAT standoff at an apartment complex in far North Dallas ended peacefully.

Police said an armed man barricaded himself inside an apartment at the Kensington Apartments on Knoll Trail Drive early Tuesday morning.

His girlfriend was able to make it out safely. She was the one who called police after they got into a heated argument.

The man surrendered after about four hours. He was taken to a mental hospital for an evaluation.