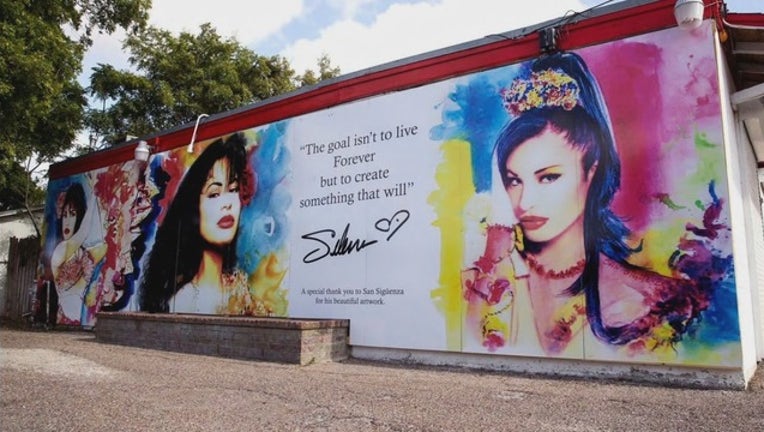 CORPUS CHRISTI, Texas - A new mural of the late Tejano star Selena is now up in the neighborhood where she lived.

It was painted in Corpus Christi's Molina neighborhood.

It has three watercolor images of the singer, who was fatally shot in 1995.

The original mural had Selena's portrait and the words, "Always in our hearts."

That work was done by some students shortly after Selena's death, but had become worn throughout the years.

Selena's relatives paid for the new mural, which was done by a New York artist.