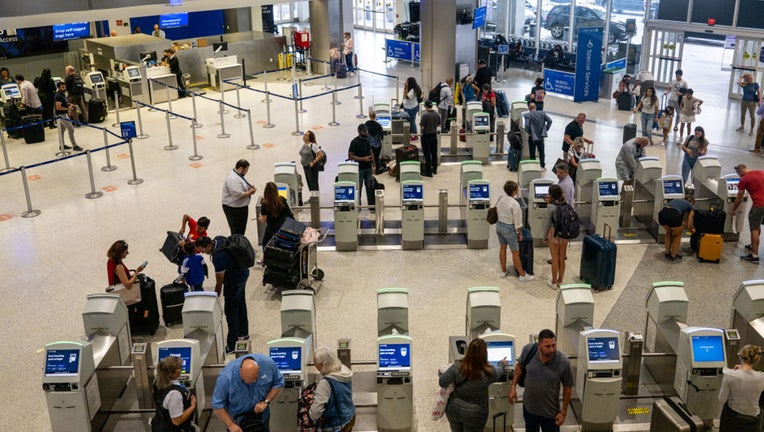 President Joe Biden will announce a new initiative Monday that would eventually allow consumers to see a more complete price on airline tickets — including baggage and change fees — before they buy, as the White House continues to search for ways to lower costs for Americans amid persistently high inflation.

The White House says the proposed rule from the Transportation Department will prevent airlines from hiding the "true cost" of airline tickets, which would help consumers save money up front and encourage more competition among airlines to offer better fares. The requirement will apply not only to airlines directly but also to third-party search sites such as Kayak and Expedia.

Airlines made nearly $5.3 billion in baggage fees and nearly $700 million on cancellation and change fees last year, according to Transportation Department figures. Airlines charge a variety of other fees for extra legroom and other perks that are not tracked by the government.

A trade group for the largest U.S. airlines said carriers already disclose terms and the total cost of a ticket. "This includes transparency regarding taxes and government fees on airline tickets, which account for more than 20% of many domestic one-stop, roundtrip tickets," said Katherine Estep, a spokeswoman for Airlines for America.

The proposed rule seeks to target a typical situation faced by consumers where a ticket price is listed on an airline or search website, but with information often listed elsewhere about any additional airline fees, such as for checking or carrying on a bag, getting a guaranteed seat next to your child or changing or canceling a flight — fees that vary widely by airline and could quickly tack on up to hundreds of dollars more to a price of a ticket after the initial purchase. Under the proposal, all that fee information would be made available upfront when the quoted airfare is first displayed.

The fare information would be required for all commercial flights to, within, and from the United States. 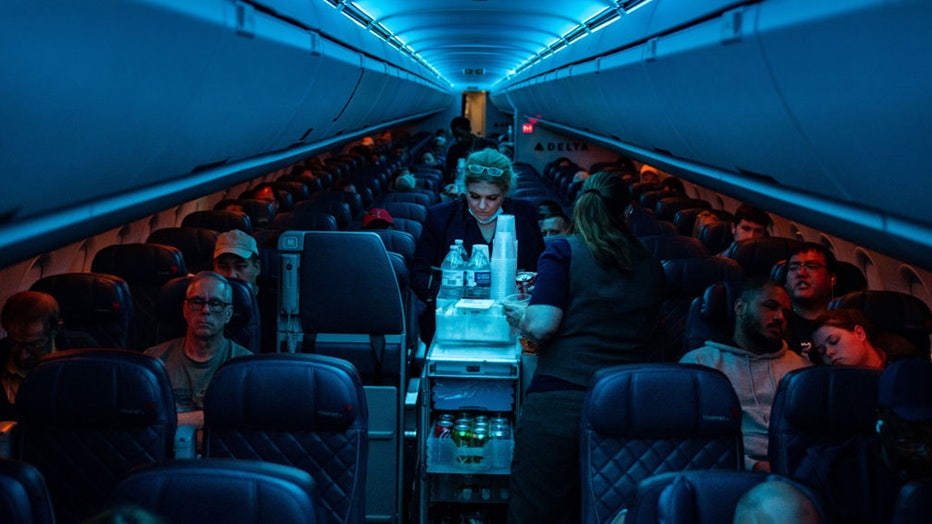 The proposal dates back to the Obama administration and was scrapped in 2017 by then-President Donald Trump after airlines complained that it was unnecessary and would incur significant costs. It must now go through a 60-day comment period before final approval.

The proposed rule comes as tension grows between the Biden administration and the airlines, with each blaming the other for an increase in canceled and delayed flights this summer.

The Transportation Department also began posting information to help consumers learn what each airline provides when flights are canceled or delayed for reasons within the airline’s control. That prompted several airlines to update policies around finding a new flight and covering hotel and meal expenses for stranded travelers.

Biden was scheduled to make the announcement on Monday afternoon at a meeting of the White House Competition Council, established last year as a way for his administration to find cost-saving measures for consumers. It will be the third meeting of the group, chaired by National Economic Council director Brian Deese.

At the meeting, Biden plans to push other federal agencies to take similar cost-saving actions, particularly by increasing transparency on hidden fees that can balloon the true cost of goods and services.

One example is a proposal from the Federal Communications Commission that would require internet service providers to better outline fees and charges on what the administration calls a "broadband nutrition label." And the Agriculture Department on Monday will also unveil new actions meant to encourage competition in various agricultural markets.

The administration has taken similar actions when it comes to bank and credit card fees, which the White House says have saved consumers $3 billion annually compared to before the COVID-19 pandemic.