New ERCOT CEO wants to restore public trust. But at what cost to consumers?

ERCOT CEO Pablo Vegas says reforms put in place after the deadly winter storm will keep our lights on and help re-earn the public's trust. But ERCOT"s independent marker monitor warns the changes made to how we get power will dramatically increase our bills.

DALLAS - The new CEO of the Electric Reliability Council of Texas, Pablo Vegas, attended his first board meeting.

Speaking about recent power success and his long-term power plan on Tuesday, we also learned how we avoided outages this summer and price increases that will likely continue.

The power did stay on in the midst of record demand over the summer with more people moving to Texas and putting more pressure on the grid.

The trend across Texas was we paid more for our electricity, and nothing in Tuesday's meeting indicates this winter will be any different.

In Tuesday’s meeting, Vegas said he wants to restore the public’s trust in ERCOT.

"It is only through consistent and successful execution under a variety of conditions and scenarios that we can re-earn the trust of all Texans that their grid is sound and reliable," he said. "We have had the opportunity to do that with recent tests. In fact, just last Wednesday, Oct. 12, Texas set a new peak record for the highest energy demand for the month of October." 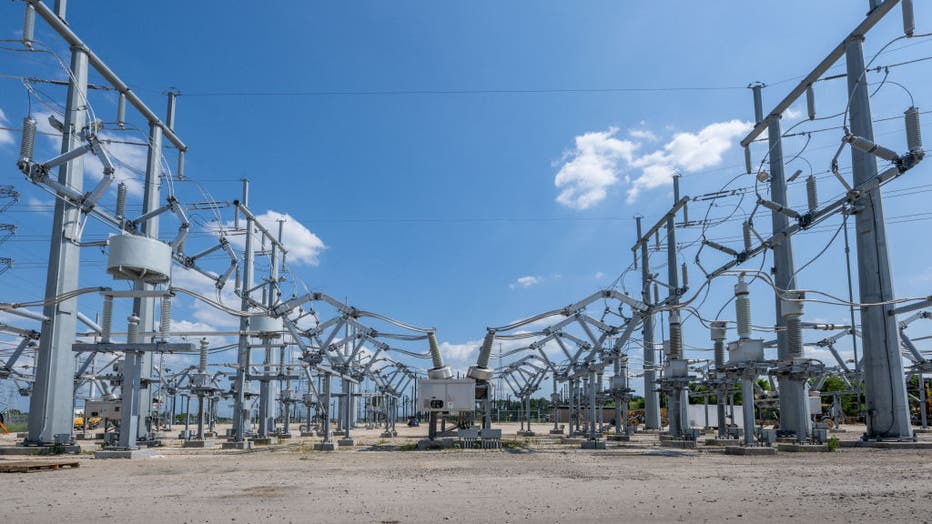 HOUSTON, TEXAS - JUNE 09: An electric generator is seen at the CenterPoint Energy powerplant on June 09, 2022 in Houston, Texas. (Photo by Brandon Bell/Getty Images)

This year, dozens of peak energy usage records have been set, including all-time high energy peaks in July.

"We hit 80 gigawatts for the first time," said Dan Woodfin, ERCOT’s VP of system operations. "That new all-time peak was set on July 20, and we also set new weekend peaks."

Wind and solar produced more energy this summer than last because the state has created more capacity of renewables while the lights stayed on and the AC kept humming.

"From a geopolitical standpoint, some of the fundamental resources that are used to produce electricity saw very high prices relative to the same time a year ago," said Kenan Ogelman, ERCOT’s VP of commercial operations.

Tuesday’s hearing was a progress report from power generators, PUC and ERCOT about the status of the mandatory weatherization for equipment. Another concern from lawmakers was the cost of improvements being passed on to the customer.

Increases in fuel and natural gas prices, supply shortages and high demand all add up to higher costs.

Ancillary services are those things necessary to get electricity from producers to consumers. It's how energy flows in real-time. It’s grid stability and security.

The Texas Public Utility Commission put reforms in place after last year's winter storm that claimed more than 200 lives and left millions in the dark for days.

The reforms have kept the lights on but cost us all more. Still, how much more remains unclear.

Independent Market Monitor Carrie Bivens of Potomac Economics has reportedly said the changes made to how we get power will dramatically increase our bills.

Vegas served as a utility executive in Ohio, prior to getting the role in charge of Texas's embattled power grid.

Bivens was at the ERCOT board meeting. Her warning would not be heard in this first meeting with the new ERCOT CEO who vows the reforms to come at ERCOT will change the energy industry.

"This is a very exciting time to be in the energy industry," Vegas said. "And in Texas, we are well positioned to chart that path forward, which is going to become a model for the energy industry both nationally as well as globally."

Nothing in Tuesday’s board meeting gave any indication of how much more we might pay per month.