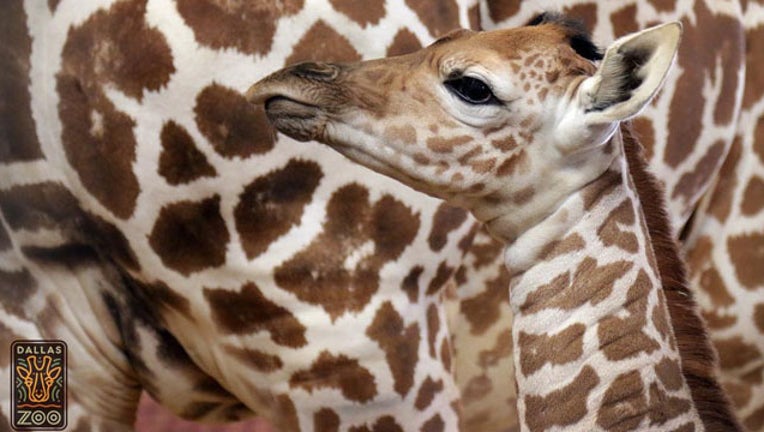 The newest giraffe at the Dallas Zoo has millions of fans just days after her birth thanks to a camera streaming live video of the calf playing and nuzzling with her mother.

The calf was born Friday afternoon -- weighing 139 pounds and standing 5 feet, 10 inches tall. The zoo allowed cable television channel "Animal Planet" to install the video, which has been operating since last week to enable viewers to watch for the birth and the calf.

"It was a big decision for us," zoo spokesman Laurie Holloway said. "As a leading zoo now, we decided it's very important to tell people what's really going on behind the curtains."

The unnamed calf is healthy and has been playing and nursing, Holloway said. "It's amazing how quickly they get up and run," she said.

As of Monday morning, the TV channel's website already had more than 2.1 million viewings of the streaming video, allowing viewers to see scenes such as the calf nuzzling to nurse from her mother, Katie. The towering mother giraffe at times leans over to lick and gently nudge her baby.

The Dallas Zoo giraffe population is now 13 with the addition of the calf, Holloway said. The father is named Tebogo.

Zookeepers will choose three potential names for the calf, all related to African heritage, Holloway said. A public vote will be taken to choose the winning name.