A new testing site at the University of Dallas is open now that the site at the American Airlines Center has closed.

DALLAS - A new COVID-19 testing site opens in Dallas County Wednesday following the closure of the site near the American Airlines Center.

The new University of Dallas site can test 500 people each day and effectively replaces the AAC site. But unlike the AAC testing site, it is not federally funded.

The city of Dallas and Dallas County are now funding the tests through a partnership with a vendor.

High demand has led to long lines at many federally funded testing sites. County leaders said people were waiting hours for tests and some were waiting a week or more for results.

Dallas County Health and Human Services Director Dr. Philip Huang believes the new site will have a quicker turnaround because it is using different resources.

“This will be using a different lab, different system for that. So, that is one potential advantage we might see. We are getting reports that through the federal tests we're still getting seven days or even further delay in turn around and that's really because I think there's just such increase demand nationwide. That's really putting all this stress on the labs,” Dr. Huang said. 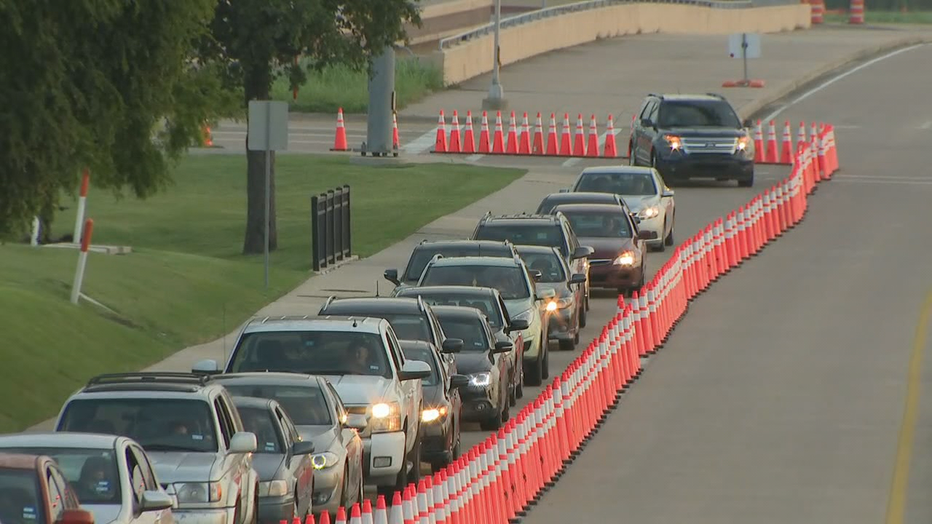 “If you’re going to visit a drive-thru site I would strongly advise that you have enough gas in your vehicle. Be prepared for long waits. Just be patient with the healthcare workers and the city and county workers as we’re trying to serve you in the testing,” added Randall Payton, the incident commander for the city of Dallas.

The federally funded testing site at the Ellis Davis Field House has increased its capacity and can now serve about 1,000 people per day.

The city also opened up several walk-up locations to help with the backlog.

Testing at the University of Dallas is only open to Dallas County residents. People must bring proof of residency.

Doctors fear another spike in COVID-19 cases after July 4

While many people are looking forward to the Fourth of July weekend, doctors and nurses are looking at it with a sense of dread. Parkland Health's Chief Medical Officer Dr. Joseph Chang talks about what he's personally seeing and what he thinks could help.