The new law will take away two big barriers for many who want to earn a bachelor's degree by offering certain degrees at a low tuition.

A new bill allows for some community colleges to offer up to five different four-year baccalaureate programs.

The affordability and proximity to home opens the door for more people to obtain bachelor's degrees.

The new law will take away two big barriers for many who want to earn a bachelor's degree by offering certain degrees at a low tuition, where students can still live at home, which is a big cost savings for families.

A bill passed in 2017 already allowed certain community colleges to offer four-year degrees, but they were limited to three programs. 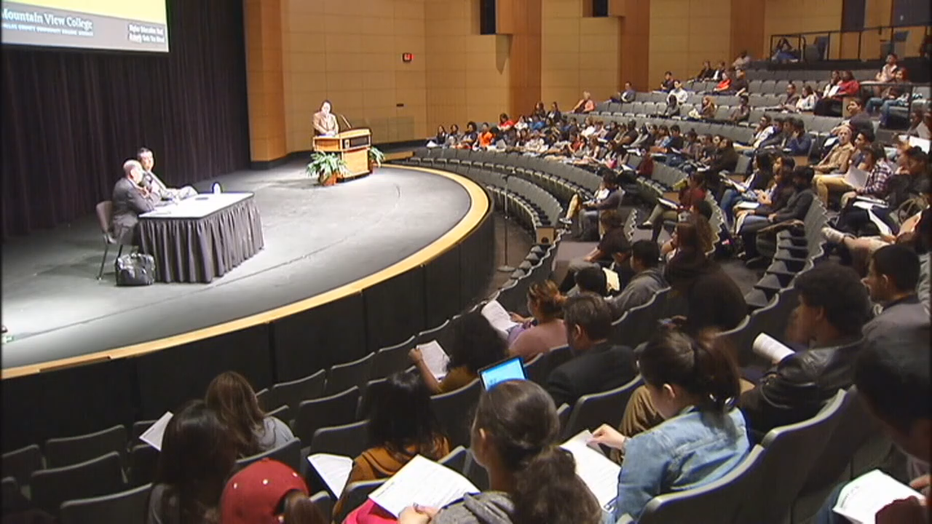 The bill passed this year allows community colleges to expand to five degrees.

Collin College already has 40 graduates from its four-year nursing program and it's putting together a baccalaureate in cyber security and another in construction management.

Now, the school will put together a team to explore what two additional programs it should offer.

But Dr. Abe Johnson, vice president of Collin College, emphasized the school does not want to get away from its core mission.

"This will remain as selective few degrees, I don't think any community college would want to be in the business of offering four-year degrees, like the universities do," he explained.

Dr. Johnson said that is because the mission of community colleges is to get people back in the workforce with associates degrees, or help students then go on to transfer to four-year universities.

Johnson said its next degree programs will need to meet the standard of preparing students for high demand and high wage jobs that the economy needs.

Collin College expects to have its four-year construction management program up and running in spring of 2022.