The department hired Dallas artist Michael McPheeters to paint a tribute at Fire Station 8 to the first responders who sacrificed their lives to save others.

PLANO, Texas - Many new firefighters joining Plano Fire-Rescue were either too young to remember 9/11 or weren't yet born. That's why there's now a permanent reminder at Fire Station 8.

A new mural, as well as piece of ground zero steel, will make sure younger generations never forget.

"Everybody knew where they were and everybody had their own store of what they went through that day,” said Larson Leidig, Plano Fire-Rescue.

When Leidig realized that, nearly two decades later, some up and coming firefighters were too young to remember the attacks he and other members of the fire department decided there should be a permanent reminder.

"We want something that keeps those events in their conscious,” Ledig said.

The department hired Dallas artist Michael McPheeters to paint a tribute at Fire Station 8 to the first responders who sacrificed their lives to save others. There’s also a painting of the red bandana used by civilian Welles Crowther, who saved lives at the World Trade Center in New York City before the twin towers collapsed. 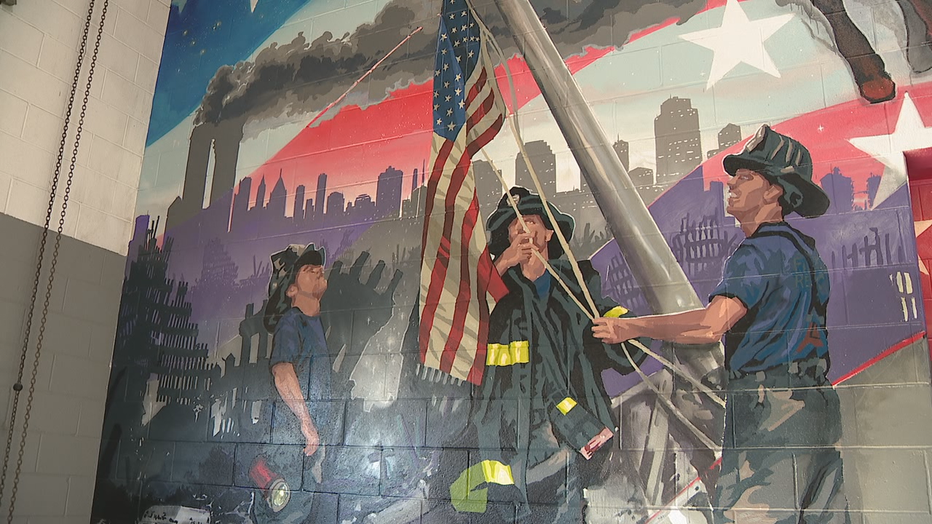 The mural cost $12,000, but Plano Fire-Rescue says all of the money was donated from local businesses.

There are plans to hang photos of first responders meeting with President George W. Bush as well as photos from soldiers who went into Afghanistan with pouches of ground zero steel.

"You know we can't tell the story of every hero that day but we are wanting to tell as many as possible from this,” Ledig said.

He pointed to the Statue of Liberty looking towards ground zero.

"She's looking at the cost of our freedom and the liberties we have and what we went through and the sacrifices that were made,” Ledig said.

He believes the way Americans came together following 9/11 is something to be taught. He hopes this mural furthers that lesson while paying respect to those who lost their lives.