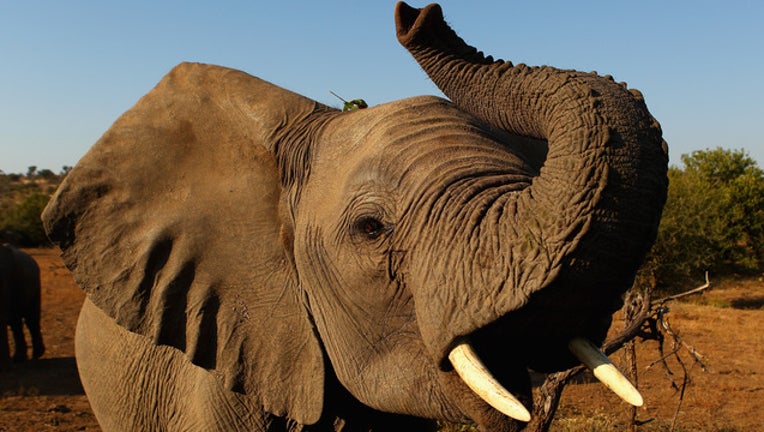 An elephant at the Mashatu game reserve on July 26, 2010 in Mapungubwe, Botswana. Mashatu is a 46,000 hectare reserve located in Eastern Botswana where the Shashe river and Limpopo river meet. (Photo by Cameron Spencer/Getty Images)

(FOX NEWS) - Nearly 90 elephants have been found dead in Botswana -- the last safe place for the endangered animals -- in the wake of the president’s decision in May to disarm its anti-poaching unit.

A conservation group Elephants Without Borders survey found that 87 elephants were killed this year in the country, a staggering increase from just nine killings in 2014.

The escalation of poaching in Botswana could be attributed to Botswana President Mokgweetsi Masisi’s decision to disarm members of the anti-poaching unit. The move was criticized by conservationists who warned that this will only encourage poachers.

But Botswana's Department of Wildlife and National Parks denied the poaching efforts escalated this year, saying the conservationist group’s figures were “false and misleading,” the San Francisco Chronicle reported.