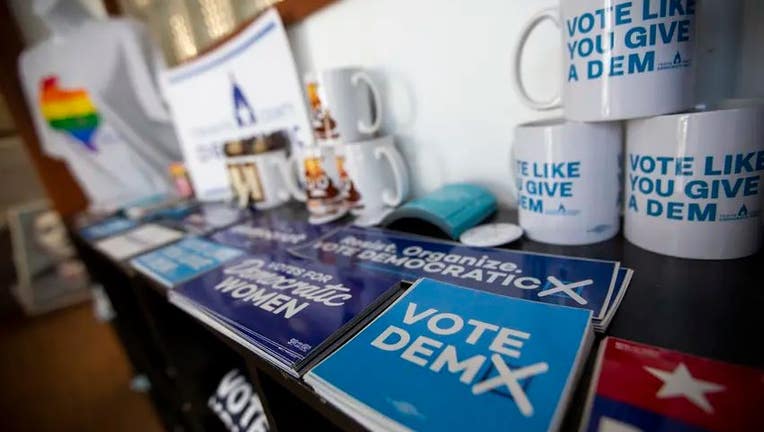 A national Democratic super PAC is pumping over $6 million in to the fight for the Texas House majority.

The group, Forward Majority, plans to spend $6.2 million across 18 races that will likely determine who controls the lower chamber in January, according to an announcement first shared with The Texas Tribune. The money will go toward TV ads, digital ads and mail in each district.

"We have a once in a generation opportunity to establish a Democratic majority ahead of redistricting and cement Texas’ status as the biggest battleground state in the country,” Forward Majority spokesperson Ben Wexler-Waite said in a statement.

Democrats are currently nine seats away from the House majority — and growing confident in their chances of capturing the chamber. They have a released a slew of internal polls in recent weeks showing close races in many of their targeted districts, with the Democratic nominees clearly ahead in some.

The 18 districts are a familiar battlefield to those following the majority battle. They are all open or GOP-held seats, largely in the Dallas-Fort Worth and Houston areas, where the incumbent won by less than 10 percentage points in 2018.

Forward Majority has already been a significant player in Texas House races. It made a late push in the 2018 election, injecting $2.2 million into 32 lower-tier contests as Democrats went on to flip 12 seats. Forward Majority was also among the groups that went all in on the January special election for House District 28, which ended in disappointment for Democrats when Republican Gary Gates won by 16 points.

But many state and national Democratic groups were undeterred and still see a ripe opportunity this fall in Texas, especially with poll after poll auguring a tight presidential race at the top of the ticket. The GOP is on alert: The Republican State Leadership Committee has called Texas a "top priority" and promised to spend "several million dollars" to keep the state House red.

Here are the 18 districts that Forward Majority is targeting with its $6.2 million investment:

"National Democratic group to spend $6.2 million in effort to flip the Texas House" was first published at https://www.texastribune.org/2020/09/08/forward-majority-texas-house/ by The Texas Tribune. The Texas Tribune is proud to celebrate 10 years of exceptional journalism for an exceptional state.