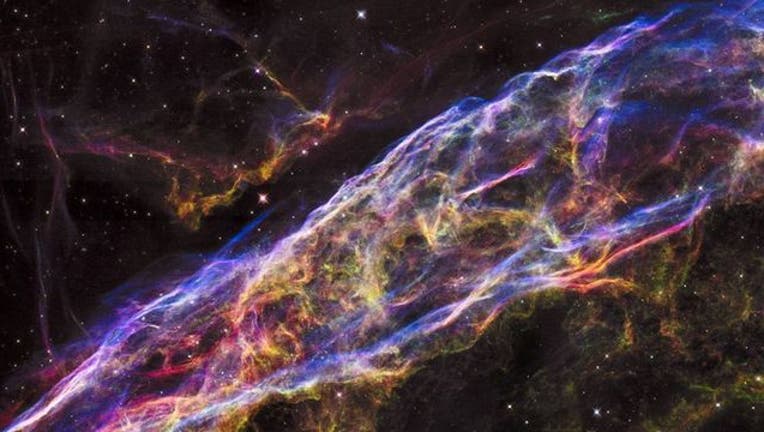 NASA has released a stunning image of the remnants of a supernova taken by the agency’s Hubble Space Telescope.

The image reveals a small section of the expanding remains of a massive star that exploded about 8,000 years ago, according to the space agency. “Called the Veil Nebula, the debris is one of the best-known supernova remnants, deriving its name from its delicate, draped filamentary structures,” it said, in a statement. “The entire nebula is 110 light-years across, covering six full moons on the sky as seen from Earth, and resides about 2,100 light-years away in the constellation Cygnus, the Swan.”

The view is made up of six Hubble pictures of an area roughly two light-years across.

“This close-up look unveils wisps of gas, which are all that remain of what was once a star 20 times more massive than our sun,” said NASA. “The fast-moving blast wave from the ancient explosion is plowing into a wall of cool, denser interstellar gas, emitting light. The nebula lies along the edge of a large bubble of low-density gas that was blown into space by the dying star prior to its self-detonation.”