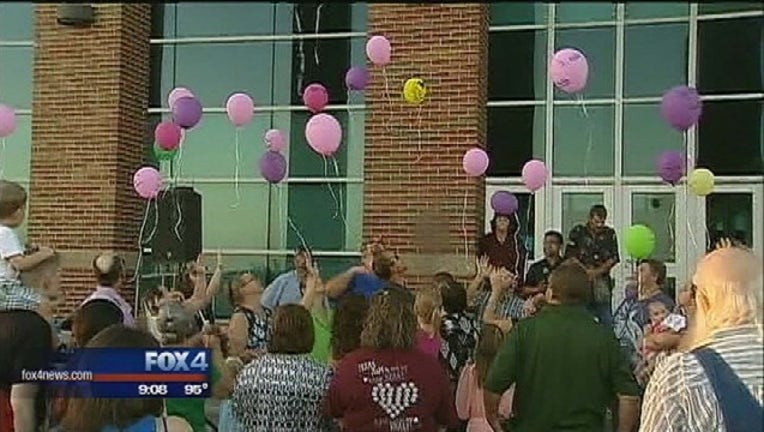 A North Texas community came together Thursday night to support a family that lost a wife and mother of three in a car crash Monday.

A large crowd gathered in front of the high school in Forney where Kim Harris would have soon seen her second child attend as a freshman later this month.

Harris was killed in a crash on Hwy. 80, just east of Windmill Farms Boulevard.

Her husband, 37-year-old Johnny Harris was driving a pickup truck.

A big rig had pulled over to help a woman whose tire had just blown out. But the 18-wheeler on the shoulder was still partially in the roadway.

Johnny and Kim were taking a break from a fencing job with Johnny’s handyman business when the crash happened.

Family and friends released balloons with messages Thursday night to remember Kim. Johnny and his three children say they are deeply touched by the out pouring of support for Kim.

DPS is still hoping that witnesses to the crash will come forward.

They have not issued any citations at this time.