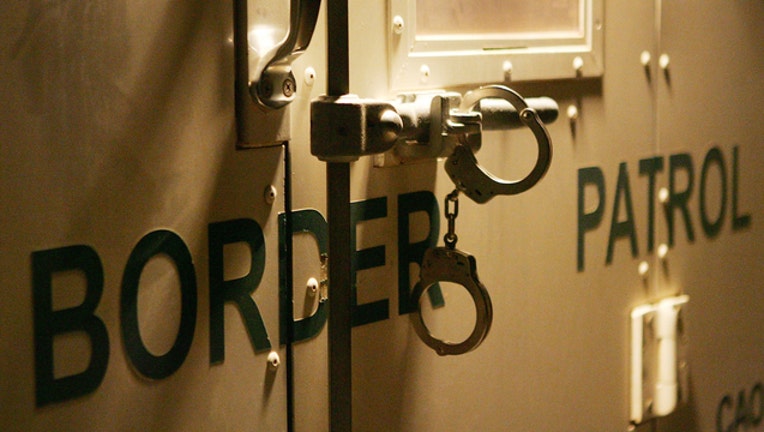 Handcuffs secure the back door of a US Customs and Border Protection border patrol vehicle loaded with suspected illegal immigrants on the California side of the Colorado River on March 17, 2006 near Yuma, Arizona. (Photo by David McNew/Getty Images)

The men, who are 37 years old and 19 years old, were then taken to a patrol station for processing.

Agents determined they were from Honduras and illegally crossed the border into the U.S.

They also found they were flagged as MS-13 members. The older suspect had previously been convicted of shoplifting and providing false information in Georgia.

The younger suspect has no prior criminal or immigration history in the U.S.