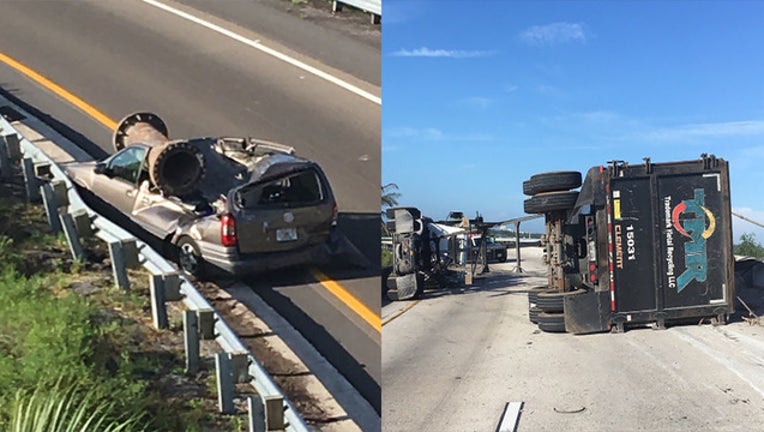 ORLANDO, Fla. (WOFL FOX 35) - A motorist was nearly killed when a large metal pipe crushed his van on a Florida highway.

Troopers expressed amazement that Jesus Armando Escobar, 36, walked away from the crash in Orlando Saturday morning with only minor injuries.

The pipe fell off an overpass from a truck loaded with scrap metal, according to the Florida Highway Patrol. The truck overturned when the driver lost control negotiating a curve and hit a guardrail.

Escobar, of Orlando, was driving a 2003 Pontiac van.  The scrap metal hauler was on a ramp heading to westbound I-4 at the time.