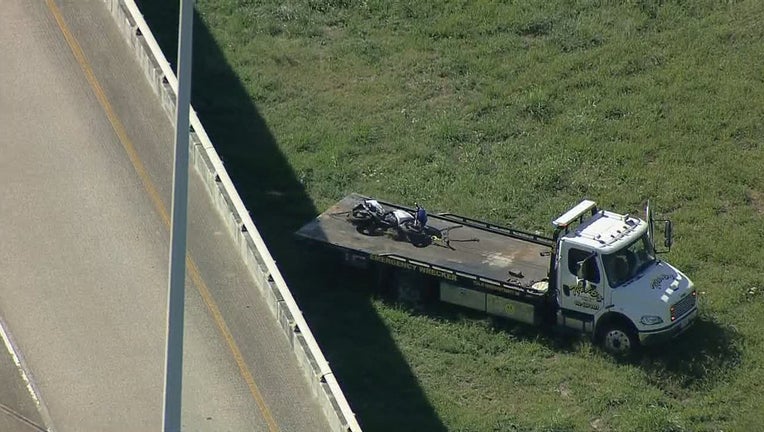 DALLAS - A motorcyclist is dead after he was hit by an 18-wheeler while running away from police.

The Dallas County Sheriff's Office says it was trying to pull over a motorcycle driver Monday around 1:45 p.m. on the service road of I-30 near Buckner Boulevard.

When deputies tried to pull the man over, they say he started running away onto the freeway and was fatally struck by an 18-wheeler.

The man’s identity has not been released.

Traffic is being diverted away from the scene.