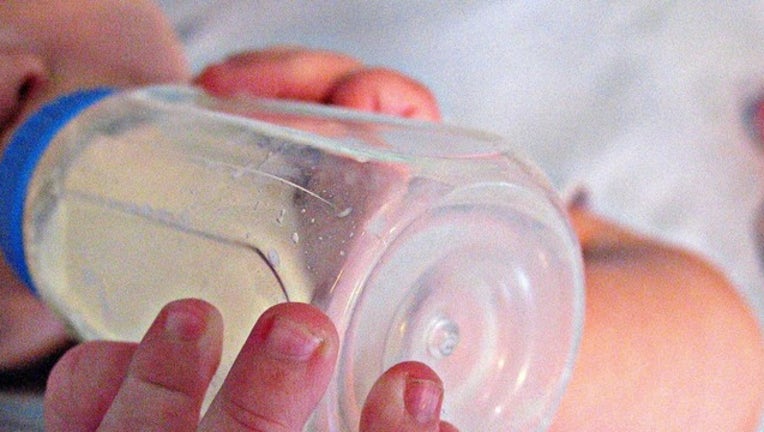 LONDON, UK - A mother's heartfelt letter about being asked by airport security to dump nearly 500 ounces of breast milk has gone viral.

Jessica Coakley Martinez posted "An Open Letter to Aviation Security in Terminal 5 at Heathrow Airport" to Facebook after the incident on April 20 and, at the time of writing, it had been shared over 3,000 times.

Martinez wrote that for months she took advantage of every possible moment of free time she had to pump breast milk to feed her son during an upcoming trip that would keep her from home for 15 days in eight different cities. She then froze and stored the milk and lugged it with her through her travels, freezing it solid to meet airline requirements.

When she arrived at Heathrow Airport in London, she had accumulated nearly two weeks of food for her son.  It was there that airport officials told her she would need to throw it all away.

"This wasn’t some rare bottle of wine or luxury perfume I was trying to negotiate as a carry on. This was deeply personal. This was my son’s health and nourishment. This was the money I would now need to spend buying formula that wasn’t necessary. This wasn’t tomorrow’s milk; it was two weeks worth of nutrition for my child," she wrote.

More than that, Martinez argued, the countless ounces of breast milk represented her time and energy and commitment to her child's wellbeing.

"It was the countless hours of my time, my energy, even my dignity in some instances."

Martinez concluded her letter by explaining that she works diligently to balance her life as a professional and responsibilities as a mother.

"Beyond literally taking food from my child’s mouth, you humiliated me and made me feel completely defeated as a professional and a mother," she wrote. "I hope the next time you encounter another mom just trying to make it work and looking for a little help along the way, you consult your conscience (as well as a physical science textbook) and reconsider your options."

Beyond the post's thousands of shares, Martinez has also received countless supportive comments from other mothers.

"I'm so angry and heartbroken for you!" wrote one user. "Thank you for sharing this horrible story that needs to be told again and again."

"I am so angry right now," wrote another. "I am so sorry this happened to you. It's been 25 years since I breastfed my son and I can not believe you are having to deal with the same BS I did 25 years later!"