For the first time since the 2001 tragedy, ceremonies were held mostly virtually due to COVID-19.

A remembrance ceremony, like one hosted by the Grapevine Fire Department, were abbreviated and livestreamed for people to watch from the safety of their own homes.

“We wanted to do our best to provide a way with the world we live in today for everyone to participate in September 11th memorial,” one firefighter said. 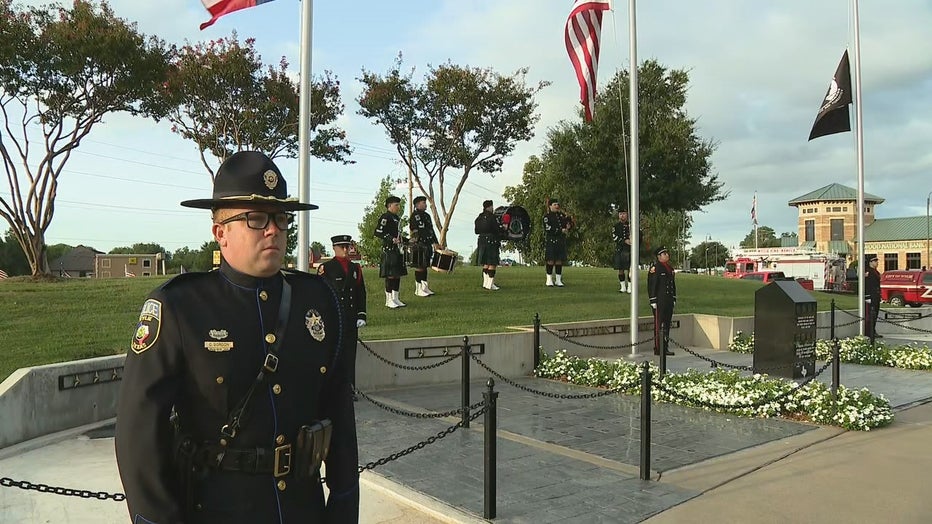 Still, some felt compelled to honor the fallen in person -- like these two American Airlines flight attendants.

“It seem like yesterday, but here we are 19 years later -- our fellow crew members that we lost on 9/11,” said Larry Salas, APFA National Vice President

“It's a moment that changed history and every time we get on a plane we remember, we'll never forget,” said Erik Harris, APFA National Treasurer.

Flags were lowered to half-staff followed by a moment of silence at the time the first plane hit the north tower. Flowers were left behind to mark the occasion.

In Wylie, it was a similar scene.

Wylie Fire Rescue and the Wylie Police Department held a brief 9/11 ceremony at Olde City Park. There too, on the fringes, some from the community paying their respects in person. The event, like many others, was also livestreamed.

“It's such an inspiration to people to this day that if [New York firefighters} have the courage to do that then we can thrive off of that courage,” said Randall Barber, Wylie Fire Rescue. “Not only did it affect the fire service, it affected the entire country.”