ATLANTA - When a Morehouse College student snagged a selfie with Oprah Winfrey, he posted it on social media and got more than 2.7 million views. Even Oprah couldn't help but notice and sent the young man a special gift.

Oprah was visiting Morehouse in early October talking about her Scholarship Program. Freshmen Olufemi Yessoufou and Zachariah Smith desperately wanted to talk to her. When they spotted her car after her appearance, they flagged it down.

"We could see the sun reflecting off the red dress she was wearing, and we're like ‘God put us in this place,’" said Smith.

Yessoufou pulled out his phone and took a selfie with her. He posted it on Twitter, and you can hear Oprah saying "that's me in your cracked phone."

He posted it on Twitter and it went viral. Oprah responded by sending Yessoufou a new iPhone 11 and a note that reads: "We can't have you out here viewing the world thru a cracked screen or cracked cover".

"When people ask to see it I put my hands under there so it doesn't drop because I can't drop Oprah's phone," said Yessoufou.

Yessoufou treasures the phone, but he and Smith say the real reason they wanted to talk to Oprah was to pitch a project they're working on called "Adopt A House".  It's a plan to get corporations and individuals to invest money to build and renovate housing on campus.

"We want to expand Morehouse, we want more people to go here, live comfortably and get their degree," said Smith.

They believe they piqued Oprah's interest and hope she'll get on board.

"We really think that not only can we do something beautiful for Morehouse but for the city of Atlanta too," said Smith. 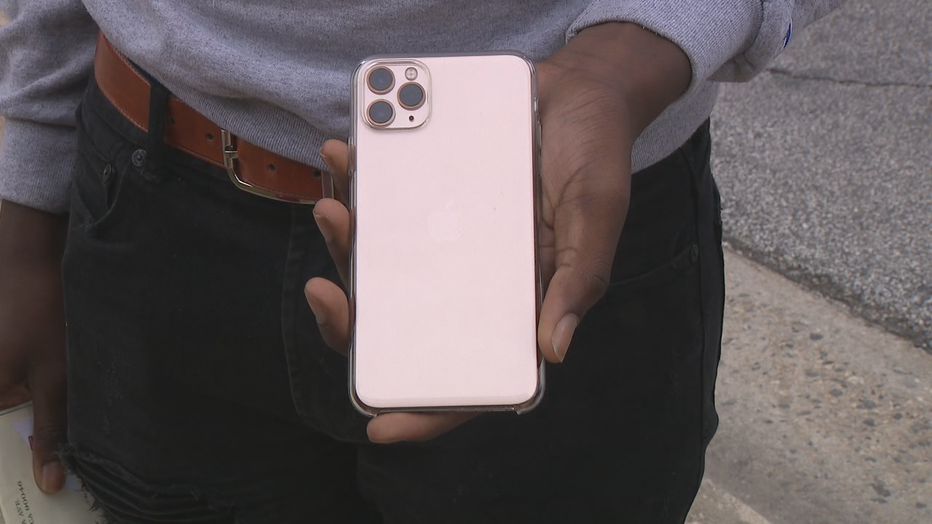