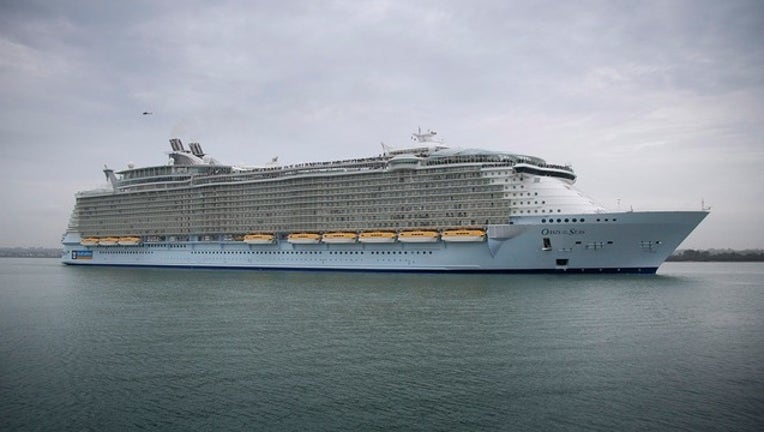 PORT CANAVERAL, Fla. (FOX 35 WOFL) - More than 150 passengers aboard the Royal Caribbean's Oasis of the Seas cruise ship have been struck by an outbreak of Norovirus, according to Florida Today.

The newspaper reports that the cruise ship, which is one of the largest ships in the world, departed Port Canaveral on Sunday. Upon arrival in Jamaica on Wednesday, more than 100 passengers were ill. Many of them took to social media to talk about the illness and report that guests were kept aboard the ship for hours after it docked in Jamaica.

A spokesman for Royal Caribbean spoke to Florida Today, stating that "As of today, 167 cases of gastrointestinal illness have been reported since Sunday, representing 2 percent of the nearly 9,000 guests and crew on board."

The spokesman went on to tell the newspaper that "those affected by the short-lived illness are being treated by our ship’s medical team with over-the-counter medication. Meanwhile, we are bringing additional medical staff on board and we’re engaging in intensive sanitary procedures to minimize the risk of any further issues."

Florida Today states that passengers complained that those on the ship were not allowed off and that guests remained on board for several hours before finally leaving for the next destination, Cozumel.

An intensive sanitary sweep of the 1,187-foot long vessel was done, the newspaper reports.

The boat is turning around to return to Port Canaveral. It is expected back Saturday.