HUTCHINS, Texas - For the second week in a row, more than a dozen high school football games have been canceled or postponed.

In fact, the list of canceled games grew this week.

There's growing concern the pandemic and the schedule changes will put the fall football season in jeopardy.

Wilmer Hutchins High School Football Captian Billy Monroe considers himself a man of faith and says during the pandemic, his team needs it. 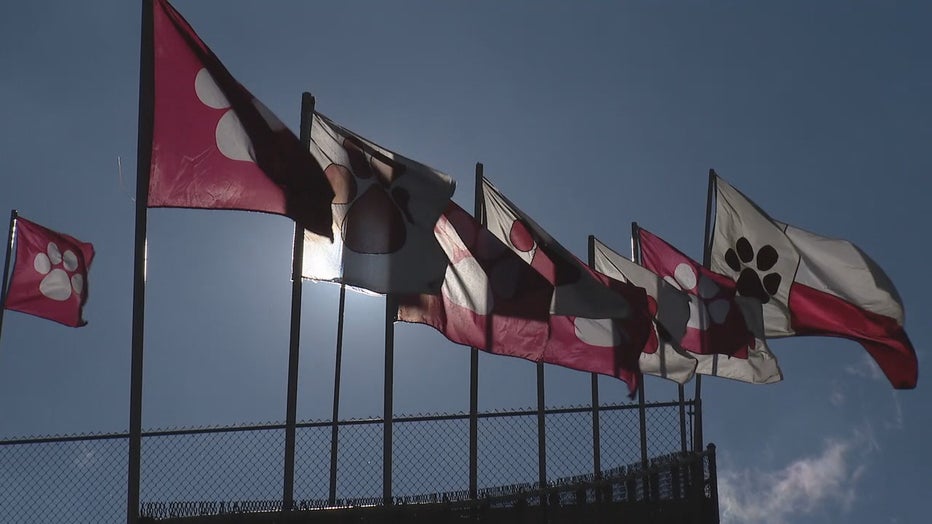 This is the first game the Eagles have played this season. Last week’s opponent canceled because of an outbreak, and their initial opponent this week canceled for the same reason, too.

But Dallas ISD says W.T. White also had an opponent cancel this week. So the two teams filled their schedules with each other.

Not all teams are that fortunate.

DeSoto High School found out Wednesday its opponent, Prosper, had an outbreak. DeSoto wasn't able to find another opponent.

“You can't control this. Nobody can control what's going on right now,” said DeSoto Coach Claude Mathis. “Again, it's nobody's fault because this is what's going on."

On Friday, Allen High canceled its highly anticipated game at Cedar Hill because the district says two of its student-athletes tested positive in the past two days.

Dallas ISD Executive Director of Athletics Silvia Salinas says while they’re focusing on the here and now, there’s no telling what impact these canceled games will have on the rest of the season.

“Once you get into playoffs I don’t know what UIL is going to do on that,” she said. “If you have a playoff team that does get a positive test and has to cancel, I don’t know how they’re going to adjust that.”

“You’ve got to believe that good things are going to happen,” he said.