The electricity is back on and classes will resume at Dealey Montessori, Burnet Elementary, Cigarroa Elementary, Joe May Elementary, Kramer Elementary and Hillcrest High School.

Students from Cary Middle School are also returning to class but the students are being split between two campuses for the rest of the year.

Some students are returning to classes at Medrano Middles School and others are going to Franklin Middle School.

Dallas ISD Superintendent Dr. Michael Hinojosa said he expects it to be an emotional transition for the Cary Middle School students.

“These kids are resilient. They know how to bounce back and hopefully we’ll make some strong relationships in those two other schools,” he said.

Students from Walnut Hill Elementary school also have a new home after their school had to close indefinitely. They received a warm welcome at the old Tom Field campus on Wednesday. 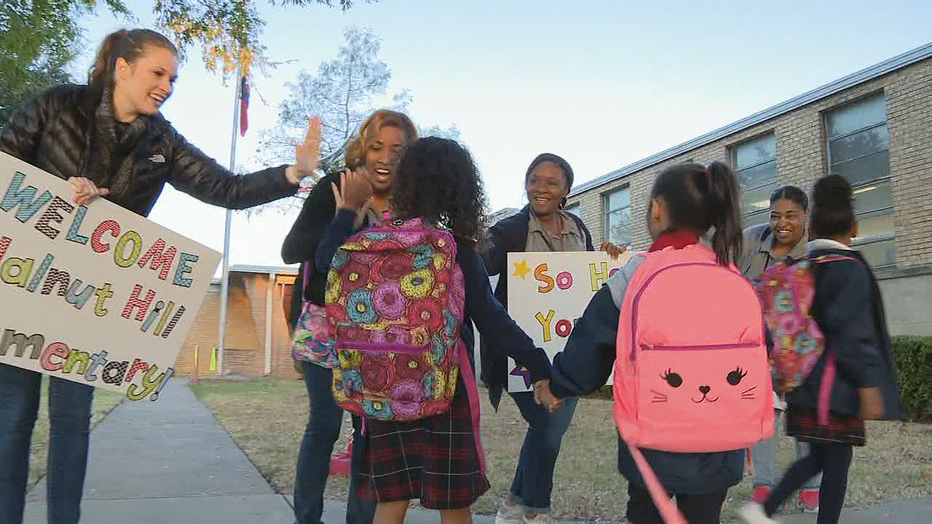 On Wednesday, the Loos Athletic Complex in Addison was home to 1600 students from three other elementary schools.

“I’ve had many students come to me today and say, ‘I love this place! Can we stay here for the rest of the year?’ And that really is telling of the amount of work and preparation that came into providing this because our students are actually thrilled to be here. And they come in with smiling faces and are enjoying this although many others are saying, ‘When are we going back to our campus?’ So there’s mixed emotions about it but I think everyone’s having a positive experience,” said Cigarroa Elementary School Principal Douglas Burak.

Although Cigarroa’s students are now able to return to their own campus, the power is still out at Pershing Elementary. Those students will return to the Loos Field House for at least another day.