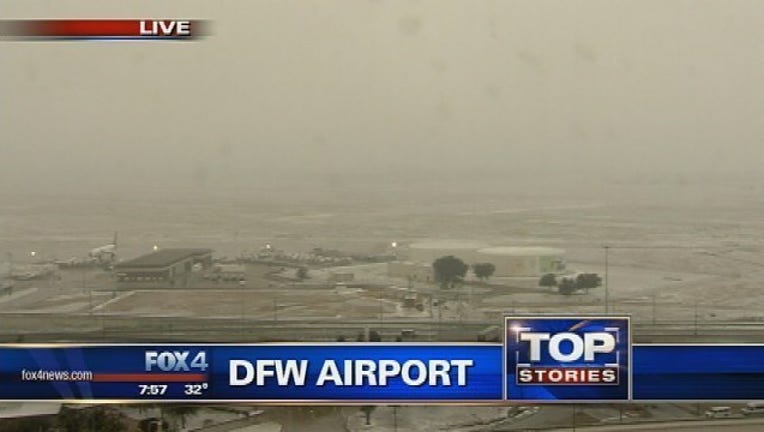 Passengers who were stuck at DFW airport Saturday night and Sunday morning due to weather-related cancellations were given cots to sleep on as they waited to be re-booked. Several airport vendors also remained open through the night to accommodate the people who were stuck.

As of 8:00 a.m., 205 flights set to depart from DFW airport Sunday were canceled by the airlines. 201 of them were American Airlines flights.

As of 8:00 a.m., five flights set to depart from Dallas Love Field Sunday airport were canceled by the airlines.

Travelers are encouraged to check with their airline before departing for the airport.