Here's a story that's sure the brighten your morning. Four orphaned Labrador puppies are thriving thanks to the love of a momma corgi. Renee Eden from Dog Ranch Rescue in Collin County explains.

ANNA, Texas - Four orphaned Labrador puppies are thriving thanks to the love of a corgi.

The sweet story comes from Dog Ranch Rescue, an organization in Anna in Collin County.

President Renee Eden said a lab the group rescued died while giving birth. Four of her puppies survived – all boys. But without their mother, the rescue wasn’t sure what to do with them.

That’s where a corgi named Angela came in. Angela became their angel.

"She is! We rescued Angela as well. We rescue a lot of dogs from puppy mills and we rescued her when she was pregnant as well and had already given birth to four corgi puppies. They were three weeks old and then we rescued Autumn Dove and unfortunately, she died shortly after her puppies were born," Eden said.

The volunteers at Dog Ranch Rescue assumed they would be bottle feeding around the clock. Introducing newborn puppies to a momma whose got three week old pups can be a little tricky. 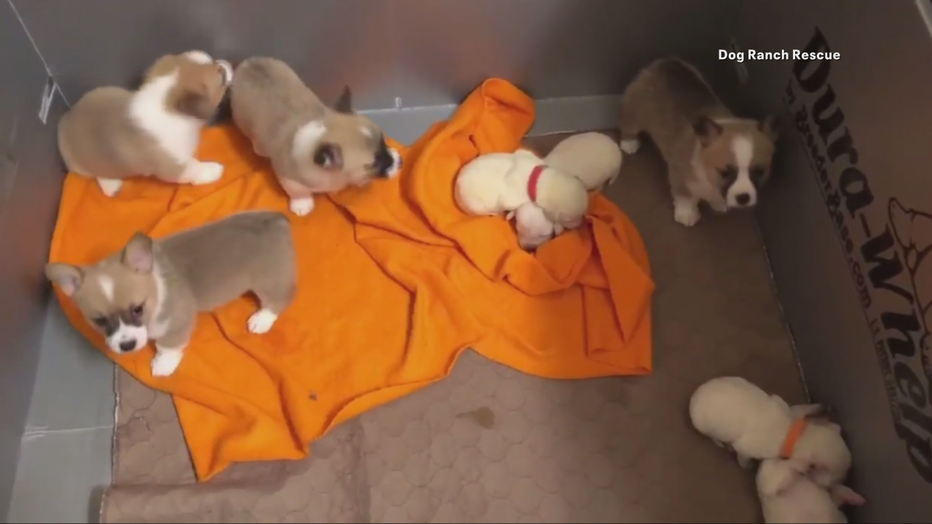 "Most of the time they kinda turn their back on that," Eden said.

But the momma corgi accepted the orphaned pups as her own.

"It was pretty magical," Eden said. "When she could hear them squeaking she was very interested in then. So our foster moms, Jenn, who handles of the pregnant moms took one of the little pups to her and put it on her tit and that little pup went crazy and she immediately started licking that puppy and it seemed like it was going to be magical and it turned out to be exactly that."

Angela even put up a fuss when volunteers tried to take her newborn puppies away.

"We have an incubator so we thought we’d maybe just put the pups on her to feed and then take them away and put them in the incubator to keep them warm but she wasn’t having that. She wasn’t gonna have that. Those are her babies, Eden said. 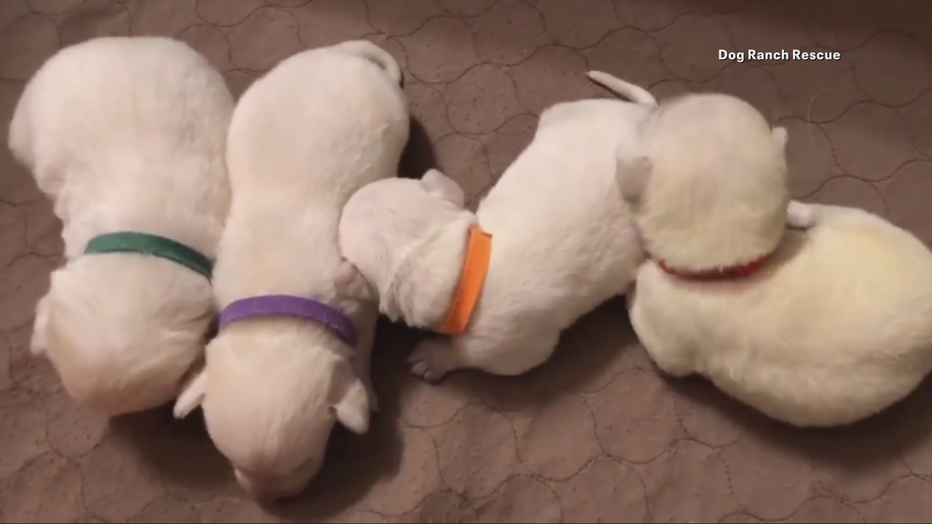 The thriving puppies are now named after special people.

When the pandemic began, Dog Ranch Rescue started allowing people on its Facebook page to nominate frontline workers and COVID-19 victims. All the dogs that are rescued are now named after those people.

"So every rescue that comes into our program, we attach a name to them and a story of a person that we’re honoring," Eden said.