Following a long road to recovery — which included physiotherapy and speech therapy, among other treatments — the young boy was officially cleared to start school this year.

COLCHESTER, England - A United Kingdom mom who was told her son would likely die after he was born months in advance recently celebrated the young boy’s first day of school.

Abbey Burns, 25, told SWNS her son, Roman, now 4, was born three months early, weighing just 2 pounds and 11 ounces. The young boy contracted Group B Strep — a type of bacteria that’s sometimes present in a pregnant woman’s vagina or rectum and can be passed to a baby during birth — when he was born. The infection later turned septic, she claims, further jeopardizing her already fragile baby’s life. 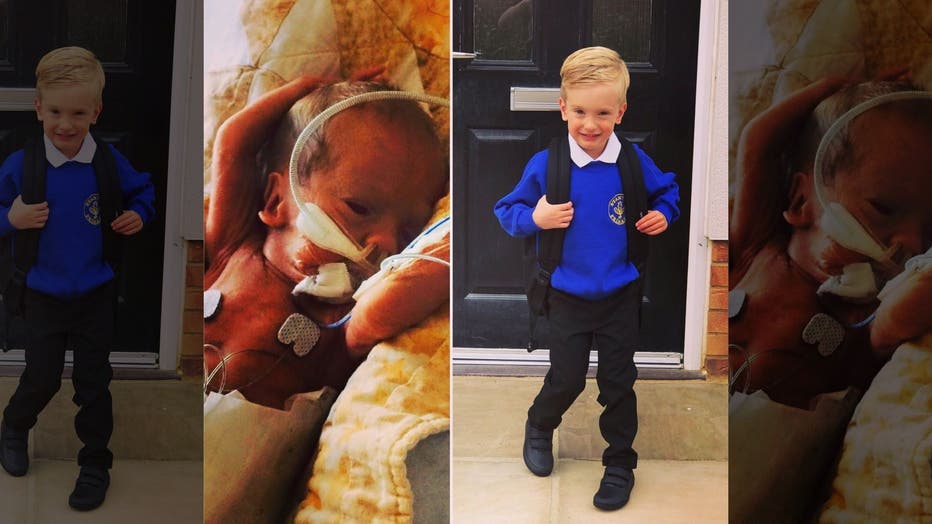 Pregnant women are typically tested for Group B Strep — which is not a sexually transmitted disease — between their 35th and 37th week of pregnancy. In the U.S., roughly one out of every 2,000 babies are born to a mother who is positive for Group B Strep, but only an estimated one in 200 will become ill, according to the American Pregnancy Association.

A mother is typically administered antibiotics during delivery to help prevent her child from contracting the bacteria.

Babies who do contract Group B strep and become ill are at risk for developing pneumonia, sepsis or meningitis.

“When I went to the hospital they told me that I was already six centimeters dilated, so I was over halfway into labor,” Burns said of her delivery. "It was all so quick, and four hours later Roman was born, but I didn't even get to hold him.”

"He was taken off me straight away because they had to resuscitate him,” she added. 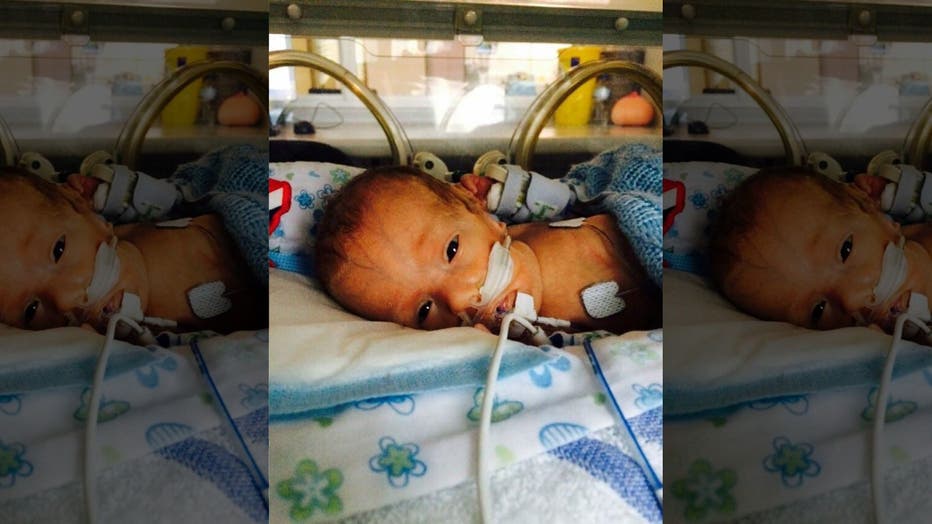 Roman as a baby in the hospital. (Photo credit: SWNS)

Following her son’s birth, "We were called into a room with the nurses and the consultant and the doctor, and they sat us down and told us that we had to prepare for the worst and that Roman was most likely to die,” she recalled. Roman was “black and blue” in color at the time, Burns said.

“You could see through his skin,” she added.

Following a long road to recovery — which included physiotherapy and speech therapy, among other treatments — the young boy was officially cleared to start school this year. 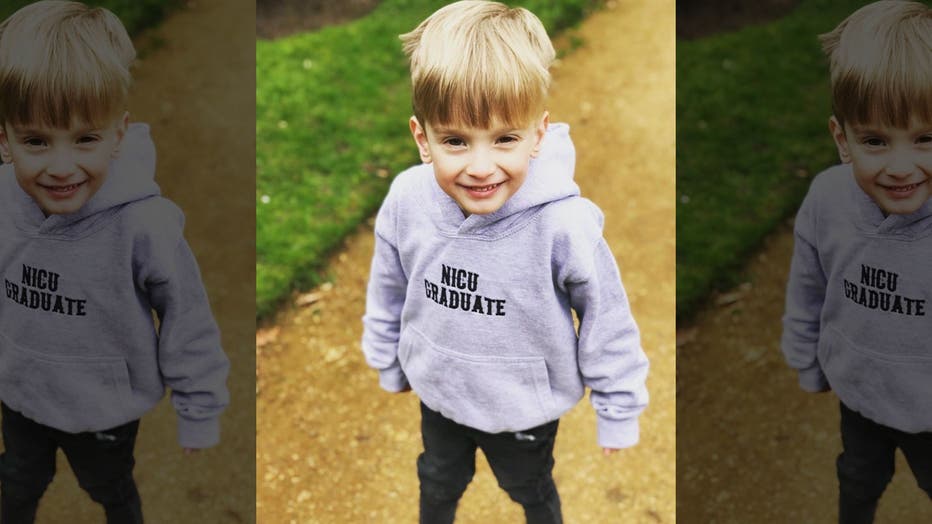 Roman Burns as he is poised to start school. (Photo credit: SWNS)

"By the time Roman was discharged from hospital, is when I should have been giving birth.”

Roman started school at Stanway Primary School last week. Burns said the young boy is enjoying school so far and “always comes out smiling and happy” at the end of the day.

"He's my little miracle,” she said.