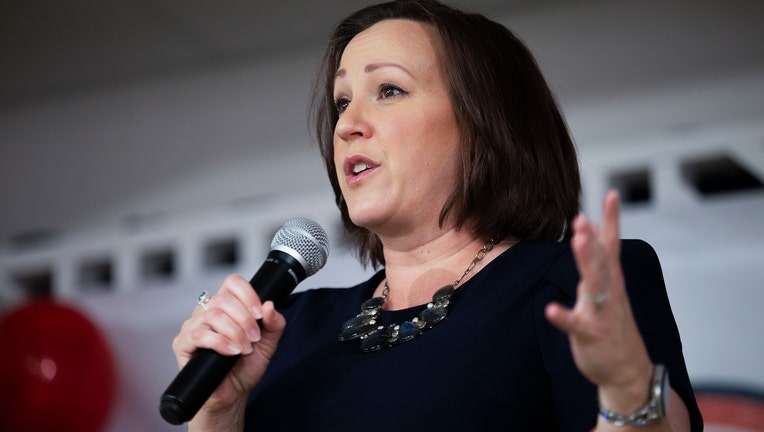 AUSTIN, Texas - MJ Hegar, the Democratic challenger to U.S. Sen. John Cornyn, R-Texas, announced Wednesday that she raised over $13.5 million in the third quarter, a massive improvement over her previous hauls.

The $13.5 million is nearly eight times more than what she raised during her previous best quarter. That was $1.7 million in the second quarter of this year.

The fundraising bonanza left Hegar with over $8 million cash on hand at the end of this month, her campaign said. Cornyn, who has had a decisive financial advantage from the start, had $14.5 million in the bank at the end of June.

Still, Hegar's latest fundraising puts her into financial competition with Cornyn in a way she never was before. For over a year, as she fought for her party's nomination to challenge Cornyn, Hegar's cash on hand remained a small fraction of his.

The third quarter saw Hegar win the nomination in a July 14 primary runoff against state Sen. Royce West of Dallas. She raised over $1 million in the week after the runoff victory, according to her campaign.

Cornyn has not released any fundraising numbers for the third quarter, which ends Wednesday. They face an Oct. 15 deadline to disclose their full third-quarter finances to the Federal Election Commission.

While Cornyn has not shared his third-quarter haul yet, Hegar's $13.5 million easily eclipses his previous best quarter this election cycle, which was $3.5 million in the second quarter of this year.

Hegar's third-quarter fundraising also tops the $12 million that U.S. Sen. Ted Cruz raised during the same period in 2018 during his blockbuster race against Democrat Beto O'Rourke. O'Rourke raked in a record-breaking $38.1 million that quarter.

Hegar has already been putting the new money to use with a statewide TV ad blitz. Her campaign noted she is airing ads on broadcast in nine of the state's top markets: Dallas, Houston, Austin, San Antonio, El Paso, Harlingen, Waco, Tyler and Corpus Christi.

"MJ Hegar raises $13.5 million in third quarter, a huge improvement over past hauls" was first published at https://www.texastribune.org/2020/09/30/mj-hegar-fundraising-senate/ by The Texas Tribune. The Texas Tribune is proud to celebrate 10 years of exceptional journalism for an exceptional state.