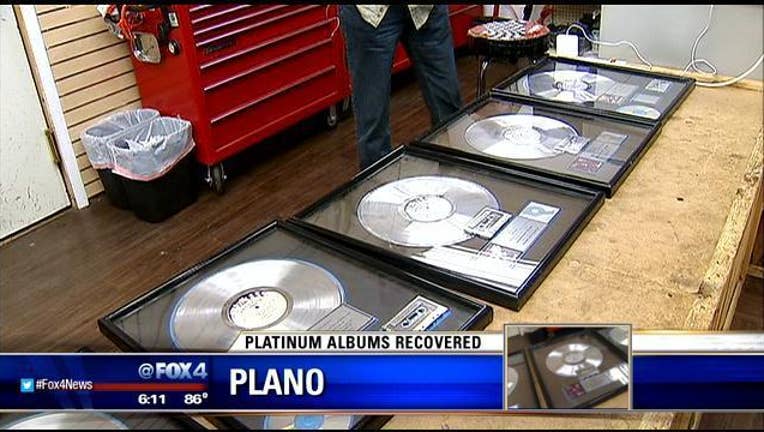 Five missing platinum albums belonging to a member of the "gangsta rap" group N.W.A. recently turned up in a Plano pawn shop. The magic of social media will reunite the rapper with his memorabilia.

Taylor Packwood of Top Cash Pawn says he thought he's seen it all, until a celebrity showed up asking for his stuff back.

Packwood says a man came in about five years ago claiming five platinum albums engraved with the initials D.O.C. were the real thing. The D.O.C. is a member of the gangsta rap group N.W.A. His real name is Tracy Curry and is originally from West Dallas.

Packwood wasn't sure if the plaques were real at the time and had them in a back closet until last month when they remodeled and put them on display, never intending on selling them.

Two to three weeks later an N.W.A. fan posted pictures of the plaques online and messaged the rapper, expressing their disappointment that they ended up in a pawn shop.

The pawn shop owner says he later received a cell phone message from Curry himself, asking for his plaques back. The plaques include a platinum album, a tape cassette and CD.

Curry explained that the plaques, representing 5 million records sold, really mean a lot to him.

Top Cash Pawn says it is more than happy to return the albums.

The D.O.C. sent a statement, thanking everyone involved for helping his albums 'find their way home.'