FARMERS BRANCH, Texas - 6/23/2021 Update: The Dallas County Medical Examiner determined that Natalie Chambers’ cause of death was toxic effects of multiple medications including fentanyl. Her two daughters, 2-year old Elise and 4-year-old Izabel died from hyperthermia. The Medical Examiner ruled that all of the deaths were accidental.

Authorities were told they left their house in Forney at about 8 a.m. Wednesday headed to Grapevine for a play date.

They never showed up and were reported missing by concerned family members.

Farmers Branch police said the sheriff's office asked them to search an area where Chambers might have been travelling, and that’s when they found the SUV.

Thursday morning, authorities found Chambers’ vehicle in a parking lot near off 635 and Midway and found the three of them dead inside the blue Ford Escape.

"We lost a bright light in our life," Brabandt said.

She said Chambers was a good listener, an empath, fiercely loyal, and funny.

They talked often on a social messaging app.

"I hear her voice, and if she was having a crappy day, she would just get on there and be like, ‘Hello, I love you, you’re amazing, you’re cherished,’" Brabandt recalled.

Brabandt said the girls were as fun and smart as their mom.

"And their dad, we’re thinking of him right now," she added. 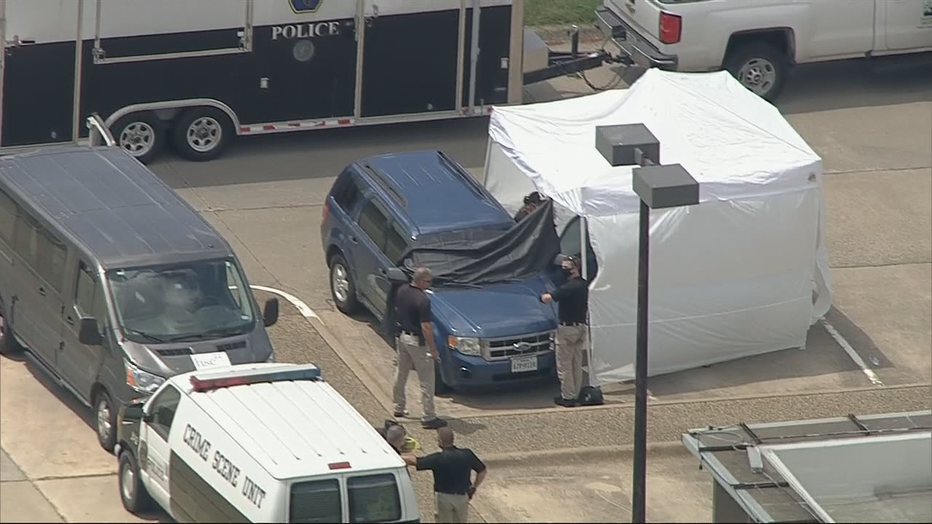 Authorities said it’s too early to know the cause of deaths.

"It’s tough on officers to have a scene where you do have people who have lost their lives, children included," Rutherford said.

"To be honest with you, we didn’t see anything wrong, or gunshots or anything like that, nothing unusual," explained Amado Silva, who works nearby.

Silva said he noticed the SUV there, but didn’t think much of it.

"The windows were rolled up. We didn’t notice there was someone inside or anything. We didn’t see anything suspicious around the car," he said.

Investigators are checking the area for surveillance video to see how long Chambers and her daughters may have been there.

Brabandt said Chambers had suffered a recent injury and was in pain, but did not elaborate.

"I knew she was hurting a lot from that and, you know, she’s overcome a lot of obstacles in her life," she said.

Police are waiting on the Dallas County Medical Examiner’s Office to determine a cause of death for all three.

The medical examiner said the report likely won’t be ready until Friday.