Minnie's Food Pantry in Plano normally helps up to 2,500 families per week. Now the pantry is also supporting area schools and new families in need. It is critically short on some supplies such as boxed cereal and peanut butter.

DALLAS - A food pantry that normally helps thousands of families in need is now asking for help of its own.

Minnie’s Food Pantry in Plano normally provides meals for about 2,500 families per week. The pantry is also now supporting area schools to provide food for hundreds of new families.

But, it is running critically short on supplies such as boxed cereal, canned meat, peanut butter, canned fruit and boxed potatoes.

“Last week alone we served over 2,500 people in our community and you know what? Every day the phone rings more and more. We can't turn the phone calls fast enough,” said Cheryl Jackson, the founder of Minnie’s Food Pantry. 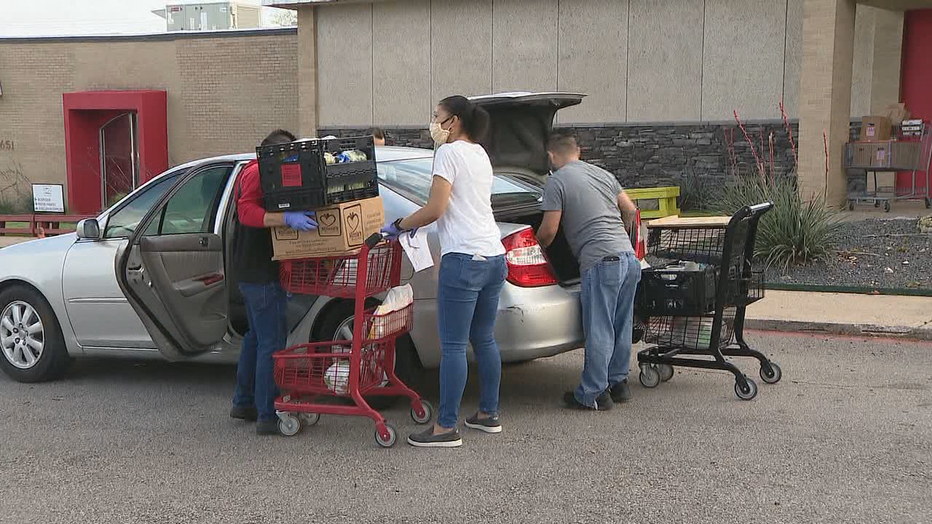 The pantry is asking for food and cash donations to keep up with the demand.

“I'm outside, gone to drive thru. When they pull up in these cars with tags and they're saying you know, ‘I just lost my job, just bought this car. Now how will I even feed my family?’ And it's people who never thought they would be in this situation,” Jackson said.

Minnie’s plans to distribute thousands of food boxes Wednesday for the holiday weekend.